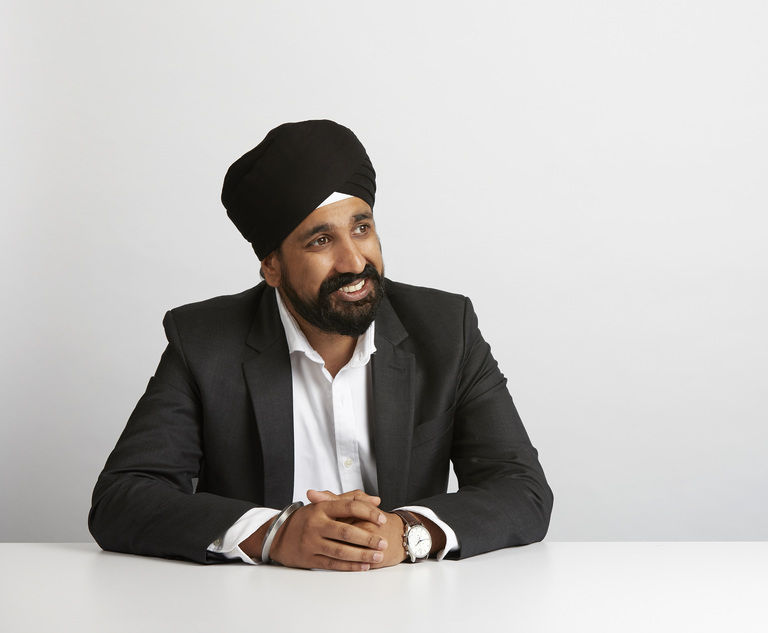 In Australia, a country that is increasingly multicultural and diverse, law firms are turning their attention to diversity and inclusion. But advocates and the firms themselves say they still have a long way to go.

“It’s certainly time for the market to take a broader approach to how we look at diversity in law firms and corporates,” said Jeremy Davis, the managing partner of Australian firm Johnson Winter & Slattery.

Multinational clients are increasingly asking about diversity and lawyers’ backgrounds at firms they work with, Davis said, while domestic clients tend to be more focused on gender—also a major focus at the nation’s law firms in recent years.

Davis said JWS aims to bring more diverse people into the firm when it recruits.

“If you have diverse people, you get diverse views and better outcomes, because you’re looking at things from a broader perspective rather than a particular vantage point,” he said.

But minorities are still largely underrepresented in Australia’s legal profession, even as their numbers in the general population grow.

“If you look at the number of graduates from law schools, there are a lot of Asians. But those numbers don’t translate to actual practitioners that have any impact on the judiciary or in the legal system,” Tan said in an interview with Law.com International.

Tan, a former lawyer born in Australia to Malaysian Chinese immigrant parents, said large law firms are conscious of the need for more diversity and some have introduced targets and quotas.

But there remains the problem of unconscious bias and stereotyping, where employers promote candidates who are not only competent but also culturally similar to themselves in recreational pursuits, experiences and presentation styles.

And leadership styles are different between cultures, Tan said. The Western style often over-values self-promotion and assertive direct communication, while undervaluing and misinterpreting quiet reserve, deference and respect for seniority. As a result, many Asian Australians feel pressure to change to meet the workplace culture.

“Why should people have to do that and at what cost? Why does the workplace not recognize the intrinsic value of someone being different?” Tan said.

“There’s a very good business case for that because the enterprise will be better for it and perform better,” said Anthony Foley, national managing partner of Baker McKenzie in Australia. “Our clients are expecting more and more that that diversity will be reflected.”

Like other firm leaders, Foley said the primary reason for promoting diversity is fairness and equity. Baker McKenzie has diversity programs such as group mentoring circles, regular education and speaker programs.  It also celebrates “Days of Significance” to mark cultural and religious holidays, and events to which all staff are invited in order to learn about different areas of diversity. The firm measures its programs, policies and procedures against other organizations, both in Australia and internationally.

Other firms are also pushing for more diversity.

“Diversity in its broader sense is critical. It’s not just about choosing a couple of hobby horses and running them down. It’s about making sure that at least you’ve got some strategy to be more thoughtful and forward-thinking about what constitutes the makeup of your firm,” said Bruce Cooper, managing partner of Australian corporate firm Clayton Utz.

“We are a reflection of society and we reflect society back on something. There will be clients, there will be potential clients who look at us and say, ‘Are you living the values that you espouse? Are you actually doing something to make sure that you are addressing them?’”

However, ultimately diversity is “about what’s fair,” said Cooper.

The firm promotes diversity through its Momentum network, which originally focused on gender but has subsequently expanded to include LGBTIQ+, cultural diversity and accessibility and inclusion, with each area led by its own partner.

In the firm’s most recent employee engagement survey, 23% of staff voluntarily indicated that they identified as other than Anglo-Celtic/European/New Zealander.

Neither the Law Society of NSW nor the Law Institute of Victoria, the top legal professional organizations in Australia’s two largest states, responded to requests for comment on diversity.

Saranpaal Calais, a technology and digital partner at Allen & Overy, has witnessed the change in the legal profession firsthand.

“When I looked around as a junior lawyer in the profession, there weren’t many people that looked like me. And this was a shared experience,” said Calais, who founded the Young Sikh Professionals Network to provide role models and mentors in the law and other professions. “You saw white males at the senior levels of all law firms and the legal profession more generally.”

That’s changing, more quickly on the client side but slower inside firms, which are inherently conservative, said Calais, who was commenting on the profession generally and not on Allen & Overy specifically.

He believes minorities are held back by unconscious bias in hiring and promotion decisions, but also at a personal level. “Overcoming those insecurities, those challenges you face as someone that looks different or comes from a different background or just doesn’t fit in as easily or as nicely takes a special approach to resolve,” he said.

“Something I feel A&O does well is engaging with the challenges at a personal level and giving yourself a platform to overcome those self‑limiting beliefs and things that restrict you from achieving your full potential and bringing your full self to work.”

Calais, whose parents migrated to Australia before he was born, is a member of A&O’s South Asian Affinity Group, which connects partners, senior lawyers and associates from around the world for virtual meetings, and is one of several affinity groups promoting different types of diversity.

“Our firm recognizes that it is much harder for people from socio-cultural backgrounds with less exposure to law as a profession to visualize a legal path for themselves and decide whether it is one they want to pursue,” said Jason Denisenko, Allen & Overy managing partner, Australia.

“We want to achieve a culture at A&O that makes room for everyone, so alongside social background, we must also look at intersections between race and ethnicity, gender, sexual orientation and other areas of diversity.”

Calais was recently on a work call where, coincidently, counsel on both sides, the client and the counterparty, all had a South Asian background.

“We were not dealing with an Indian matter in India. These were sophisticated global clients from around the world who just happened to be Indian or of a South Asian background,” Calais said.

“There is change happening.”