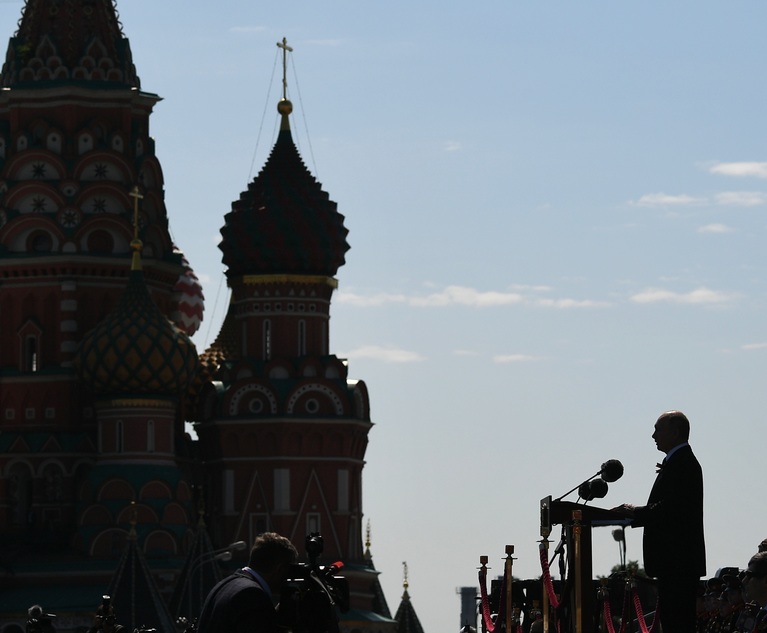 Baker McKenzie has finalised an agreement to spin off its Russian operations by October, more than six months after initially announcing the split.

The move to separate from its offices in Moscow and St. Petersburg after 33 years comes just weeks after a partner presented under the firm’s name at a conference featuring President Vladimir Putin.

In a statement, the firm said its Russian operations will cease to be a member firm of Baker McKenzie and launch as an independent law firm by October. It added: “The intention is for the newly independent firm to be Baker McKenzie’s preferred law firm in Russia. Baker McKenzie is working with the team in Russia to ensure a smooth transition for our clients and our people.”

Baker McKenzie had first said back in March that it would part ways with the 260 people, including 130 lawyers, working for Baker McKenzie in Russia. But the lengthy process of disentangling the operations from the international network led to the episode in June in which Moscow partner Vladimir Efremov presented on a panel at the 10th annual St. Petersburg Legal Forum, an event that featured a welcome message from Putin.

The firm is one of many to have spun off its Russia practice in the wake of the country’s invasion of Ukraine. In April, Clifford Chance announced its own spinoff.