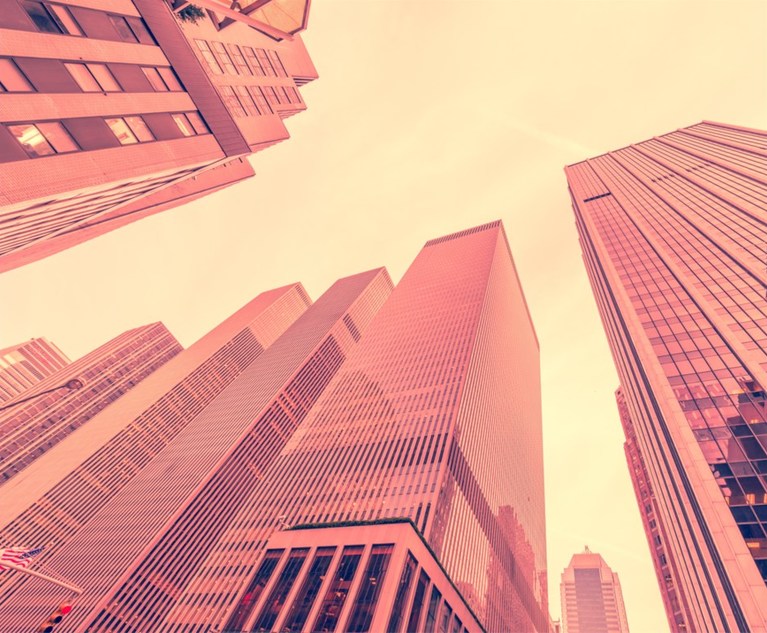 It’s an industry maxim that Big Law is getting bigger.

Industry bellwether Kirkland & Ellis last week became the first law firm to break the $6 billion revenue barrier. So not only is it an adviser to many in the Fortune 500, but it’s conceivable that it could find itself named to the illustrious line-up, criteria permitting—Latham & Watkins, too, with its own $5.5 billion top line putting it on par with household names at the junior end of the list.

In his story, Andrew Maloney explained how, following unprecedented demand last year, Kirkland’s average profits per partner reached more than $7.3 million. A colorful take by Andrew: the firm’s 25% rise in gross revenue, a $1.2 billion jump on last year, is akin to adding a chunk of revenue the size of another Am Law 50 firm; for example, a Morrison Foerster or an Akin Gump Strauss Hauer & Feld.

This is extraordinary growth.

Owing to an unprecedented surge in transactional activity following a post-COVID market rebirth last year, other firms, too, are enjoying plentiful growth. For instance, on the back of ample work in life sciences and technology, DLA Piper recorded its fifth straight year of growth, with global revenue increasing nearly 11% to $3.5 billion. Dan Packel has the story.

Assuming we’re not already in it, we’re on the precipice of the era of the mega-firm: a preponderance of law firms with the resource and financial wherewithal to equal their venerable clients. Take Kirkland, for instance, who, with its $6 billion revenue, is pretty much drawing level with its private equity client Blackstone Group.

As Kirkland and Latham, and perhaps soon others, enter the realm of the world’s largest companies, concurrent trends are emerging. Most notably is the growing number of women acceding to positions of influence across Big Law, with a variety of firms elevating record numbers to their partnerships.

Last week, Skadden Arps Slate Meagher & Flom and Freshfields Bruckhaus Deringer increased the numbers of women joining their upper tiers, while at both Eversheds Sutherland and Linklaters a record class of women were upgraded, accounting for 65% and 59% of global cohorts respectively.

Over the past few years, law firm leaders have repeated, rehearsed even, how getting more women into leadership positions would take time. Might that time be now, in this era of the mega-firm?

One law firm consultant I spoke with believes so.

“The gender diversity bottleneck appears to be widening,” they said. They did concede, however, that the “real test” was how many new partners are able to traverse the chasm between salaried and equity partner status.

“A number of Big Law firms are increasing the size of their salaried partner classes. But to have any real leverage, you need to be in the equity, which might be the case at lockstep firms, but less at firms adopting modern structures. But then again, if you’ve got more women becoming salaried partners, it stands to reason we’ll soon have more female equity partners.”

Siobhan Lewington, a managing director at Fox Rodney, told me: “It’s great to see this pipeline of female talent coming through, ensuring that there will be more role models and future leaders in law firms.”

She warned, however, that “firms should also ensure that their lateral hiring does not detract from these good efforts by further diluting the gender composition of the partnership”.

So the signs suggest we’ll see more female leaders at a time law firms are experiencing seemingly boundless growth. For the time being, however, they are just signs.

But, to mangle a line from one of the Spider-Man movies, with boundless growth comes great responsibility. And Cleary Gottlieb Steen & Hamilton found that, no matter how esteemed its reputation as a litigation powerhouse, you can’t just bill any old sum.

In what was one of our best read stories, Hannah Walker reported on how a senior U.K. judge censured the firm for charging excessively high fees for its role in a dispute between electronics majors LG and Samsung. The judge admonished the firm for submitting a costs schedule for which there was “no justification at all”, and subsequently slashed the bill by nearly a quarter.

I suspect we’ll see more stories like this as we continue to examine the many outgrowths of Big Law’s big ambitions.