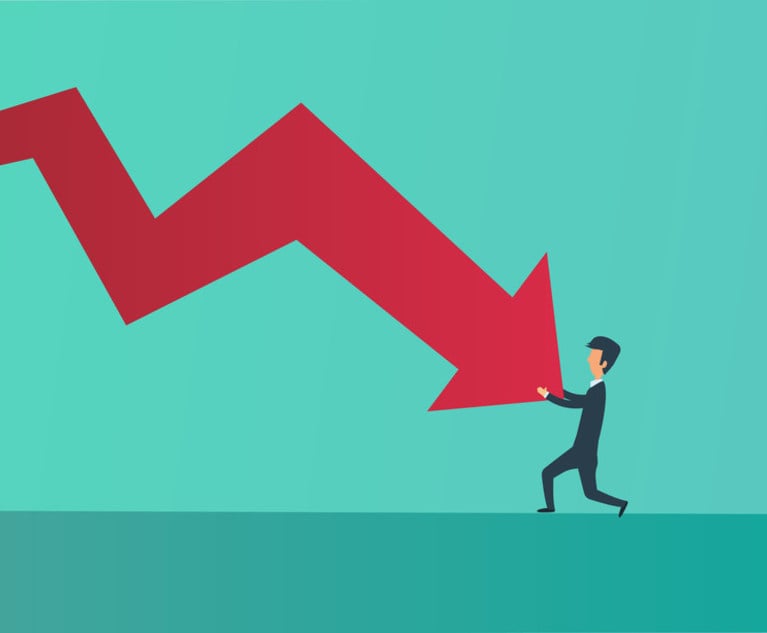 The U.K.’s top 50 law firms radically reduced their debt burden during the pandemic, according to fresh research.

Seven firms—DLA Piper, Eversheds Sutherland, Norton Rose Fulbright, Irwin Mitchell, Fieldfisher, Gateley and Weightmans—reduced their debt by 100% as of April 2021, according to analysis of their most recent limited liability accounts on Companies House by auditor Evelyn Partners.

The research found across the 50 firms there was an average 47% drop during the financial year—the latest one for which accounts have been publicly filed.

Those with the most debt at the time of the accounts were DWF, Slater & Gordon and Pennington Manches Cooper.

Herbert Smith Freehills had the highest amount of bank loans and overdrafts, according to its latest accounts, at £104.2 million. However, the firm slashed its debts by 56% on the previous year, and has high levels of cash.

Ince had a debt increase of 2% to £14.5 million. DWF and Ince are listed law firms, which tend to operate with higher debt levels.

The only other firm to see a debt increase compared to the previous year was Mishcon de Reya with 4% worth £2.4 million, but maintained a net of £35.8 million cash. The rest of the U.K. top 50 with existing debts reduced them.

The numbers give an insight into the legal industry’s financial strategy through the pandemic.

Several firms opted to defer partner distributions during the early part of the lockdown in 2020, including the likes of Clifford Chance, Dentons, Herbert Smith Freehills. Allen & Overy held a cash call. Salary freezes were announced at other firms including Linklaters, Norton Rose Fulbright and Hill Dickinson.

One senior partner said: “The numbers show how firms had forecast a worse economic situation, but ended up with strong financials for the year.”

Net cash also increased on average by 23% across the firms. Those with the highest net cash balance as of April 2021 were Clifford Chance, Allen & Overy and Linklaters.

Responding to the latest numbers, a Pinsent Masons spokesperson said: “Prudent financial management and a focus on financial hygiene are hallmarks of any well run business. As you would expect we manage our WIP balances and debtors days very carefully so as to ensure our working capital management is a strength of and not a hindrance to our business.”

Overall, 10 of the top 50 firms had negative cash balances when factoring in their cash balance and bank loans and overdrafts.

The audited accounts showed the average cash position of a top 50 U.K. firm was £60.3 million with 19 firms having less than £15 million in cash.

The year prior this figure stood at £48.7 million, up nearly 60%. The firms have nearly doubled average cash position in two years, with the number at £31 million in April 2019.

All of the firms ranked in the tables were contacted for comment.