Commercial Lawyers Are Operating in a Bubble 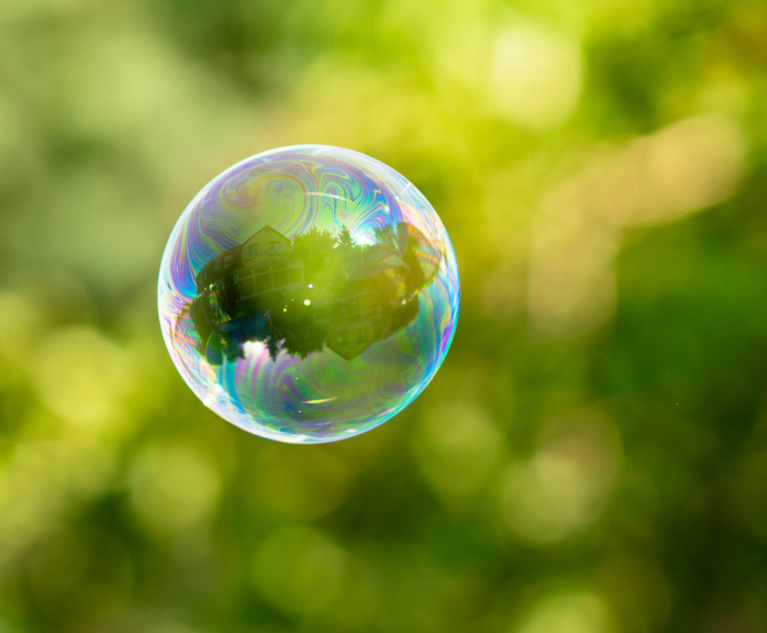 Some might say commercial lawyers are operating in a kind of bubble, operating with inflated salaries in half-empty luxurious offices while the rest of the country struggles with rising food, fuel and energy prices.

At the very least they are at the comfy end of the profession. When criminal barristers staged a walkout this week it was difficult to disagree with what they were saying about underfunding. The problem with arguing with barristers is that they are experts in putting forward their case and one convincing perspective was made by Christian Fox of Becket Chambers, who pointed out that the lack problems in the criminal justice system throw a spotlight on the oceans of money in commercial law.

That’s the commercial lawyers who actually are operating in office buildings, of course. It turns out that for the largest law firms they are close to pre-pandemic levels of office occupancy during the middle of the week. But Mondays and Fridays are deafeningly quiet.

Hannah Walker found the situation is made more challenging by the fact that many firms have policies that their lawyers aren’t following, and it is difficult to police who is in versus out at meetings.

So firms have to be creative to get people in, especially on Fridays. Slaughter and May took the step of unleashing the dogs, holding its first-ever bring-your-dog-to-work day. Want to know how it went? See the pics here and pick your favourite furry friend.

The vacant office space on Mondays and Fridays holds implications for the sorts of offices law firms might take on in the future. It seems inevitable that firms will take less space, but real estate experts told Hannah that in order to tempt people back they will need to pay more for offices with better amenities, outdoor areas and sustainability credentials. In other words, the cost savings may not be huge. Unlike with most of the rest of the population, the firms’ office premises might remain just as important as they were before.

The idea that commercial law firms are operating in a bubble was further emphasised this week with the latest comprehensive data showing their lack of racial diversity. Only 2.2% of the lawyers at 68 of the largest law firms in the U.K. identify as Black. Across the wider U.K. population 4.1% of people are Black.

To make matters worse, the vast majority of these Black lawyers are very junior. It appears there was a surge of diverse hiring following the Black Lives Matter protest in the wake of the death of George Floyd in 2020 but it also seems firms have a huge retention problem when it comes to Black lawyers. At one firm 11% of its trainees are Black but none at newly-qualified to 2-years-PQE level.

Still, there are also success stories, and credit must go to the likes of White & Case and Freshfields Bruckhaus Deringer for ranking well against peers. Read Varsha Patel’s excellent analysis here.

Finally, what better example is there of the commercial legal sector being out of touch with reality than the ever rising salaries for junior staff? But that pay war could now be coming to an end.

Allen & Overy has decided it will not raise newly-qualified salaries to match rivals such as Clifford Chance and Freshfields. Such a move offers the perfect excuse for others to gratefully follow suit and could mark a definitive stop to the constant salary hikes that we have seen over the last 12 months.

If so, all the signs were there—the number of pay hikes had noticeably slowed in recent months and there was a widespread frustration with the ever-increasing rates. And, let’s face it, it feels a bit out of touch to be increasing salaries amid such economic malaise.

Perhaps not all firms are in that bubble after all.