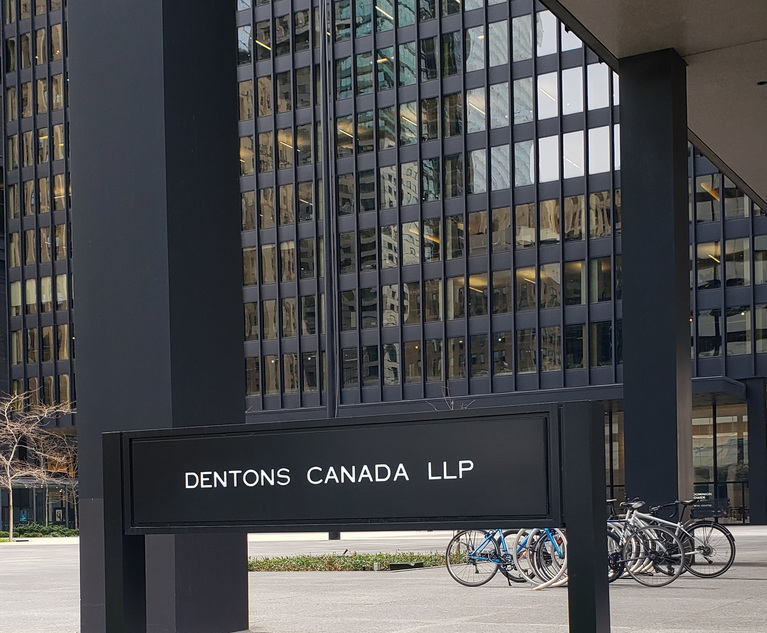 Counting on the domestic and international markets to remain busy, Dentons Canada is bolstering its banking and finance practice across the country with both lateral senior hires and a strong push to train and mentor newly minted lawyers.

“We’ve really tried to aggressively recruit from within and also from outside of the firm,” said Ryan Middleton, national practice group leader of Dentons Canada’s banking and finance group.

The team recently added two new partners, Ryan Therrien, a former director and senior counsel with the Royal Bank of Canada (RBC), and Geoff Marinangeli, who moved over from Canada-wide firm Miller Thomson.

In total, the firm added 13 new team members—in Montreal, Toronto, Vancouver and Calgary. And of those, almost half are new associates, many who also did their articling training with the firm over the last couple of years.

Both Therrien and Marinangeli are interested in taking on a leadership role through mentoring, said Middleton. All senior lawyers are asked to play such a role, he said, on both a formal and informal basis.

“That’s something we’re continuously focusing on, helping those associates who have started during COVID get to where they need to be,” he said.

Therrien said it is important to spread a firm’s culture. The virtual environment that became dominant because of COVID  “forced organizations to be really thoughtful about how they promote cultural wealth within their organizations,” he added.

Moving back into private practice at Dentons appealed to his entrepreneurial spirit, he said. “We’re building something intriguing and exciting and I wanted to be a part of it,” he said.

Marinangeli said he decided to join Dentons in part because he liked how the firm “fosters a collaborative work environment” and provides lawyers and professionals with the necessary tools and resources to take their practice and professional ambitions to the next level.

Middleton, who has been leading the banking and finance team for about 10 months, said Dentons is building up the team because, as part of a global firm, the Canadian bank and finance group has a large platform internationally. Even in rough economic times, the firm believes it can leverage that platform to get work originating outside of Canada. It is growing the practice in a strategic way that allows them to grab opportunities, he said.

“Whether it’s a particular area of finance, whether it’s on the regulatory side, we’re trying to make sure that as the market changes, and as those trends change, we’re aggressively going out and grabbing people to take advantage of those trends,” said Middleton.

He added that he expects to be bringing more members on to the Canadian team in the next few months.