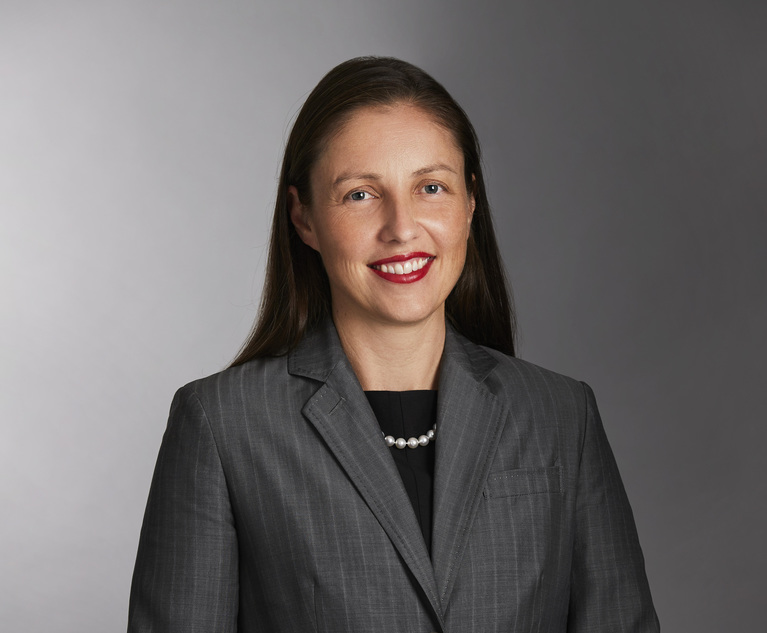 She’s not particularly interested in gaming, but says, “I’m absolutely playing games because I’m trying to understand what the legal issues in those games are.”

For Blycha, who founded digital law firm Stirling & Rose late last year, it’s all part of keeping up with rapid technological changes and their legal implications. “Literacy in digital law is something that if you don’t spend the time learning, you will get tripped up on the details,” she says. “So it’s quite dangerous not to learn.”

Perth-headquartered Stirling & Rose advises clients on cryptocurrencies, blockchain and digital contracts and is particularly busy advising on the acquisition of digital assets. It also provides legal expertise for start-ups that create digital assets.

The games Blycha talks about are not the likes of Pac-Man or Super Mario Brothers that some senior lawyers might remember. They are games where players exist and interact in a virtual world and can earn tokens for digital assets that can be exchanged for fiat currency.

Blycha came to digital law after taking a 10-year break from the law while her career took a back seat to her lawyer husband’s following the birth of their four children.

She joined Herbert Smith Freehills to re-enter the workforce and found that while the world had moved on, the practice of law hadn’t. She started asking questions, such as where the profession is up to with automation and what it’s doing about blockchain technologies and smart contracts.

This led to an interest group of similarly curious lawyers at the firm and ultimately a digital law group, with Blycha as the global head.

The group became “a real practice” across 15 different offices around the world before Blycha left late last year, explaining that it was difficult to run a cutting-edge digital practice within the structures of a traditional law firm.

Law firms don’t practice the “agile methodology” of working, she said, using what was initially a software term relating to working in an iterative and adaptive way. And this is necessary to keep up with the fast-changing developments in technology.

“When it comes to emerging tech, it’s really fast and it changes all the time. There is absolutely no way that all the partners in a partnership can be across the absolute bleeding edge of technology,” she said.

Additionally, a lot of start-ups needed advice but couldn’t afford it, so an alternative to the billable hour was needed.

Blycha decided to found a digital practice as a standalone boutique firm.

“I want the output and the deliverables to be at top-tier standard but, at the same time, not be constricted by some of the rules of big law firms, which is the billable hour,” said Blycha, who earlier in her career was an associate to Australian Federal Court Judges Alan Goldberg and Peter Heerey, and then became a visiting associate to Judge Richard Posner, the famous U.S. judge who served on the Court of Appeals for the Seventh Circuit and is considered one of the most influential legal scholars in the United States.

Stirling & Rose bills some clients by the hour and offers others a general counsel-as-a-service, where instead of employing a full-time in-house lawyer, businesses draw on the firm’s lawyers for corporate counsel functions only as needed. The firm also will accept a minority equity stake by way of payment from cash-constrained start-ups. And Blycha is taking a similar approach to venture capital tech investors, who make several investments and hope that one or two will provide outsized returns.

“Our model is predicated on lower billable hours, lower returns potentially in the short term, but it’s buffered up with these investments in the right type of clients.”

The firm expects its lawyers to bill for 4.5 hours of work a day, well below what’s usually required at a corporate firm, because so much time is needed to stay on top of digital and technological developments.

“To be a specialist in emerging tech is kind of a misnomer because you’re only a specialist for the day you’re a specialist. If you were to drop everything and stop paying attention, then three months down the track you would find that some of the things you thought were truisms around the way a particular asset is regulated or the way the SEC is approaching [non-fungible tokens]…it can change very, very rapidly,” she says.

Blycha tells the firm’s eight other lawyers that they always need to take that extra step in providing advice and to never make the assumption that something that was previously true remains so.

Digital assets are defined by technology consultancy Gartner as anything that is stored digitally and is uniquely identifiable that organizations can use to realize value. These can be things as familiar as documents, audio, videos, logos, slide presentations, spreadsheets and websites, but also cryptocurrencies such as Bitcoin, a piece of digital art and any digital derivatives of the artwork, or a digital contract, potentially for a real-world asset, such as a carbon credit or a bale of wool.

And there’s another complication. While physical assets retain their form, digital assets change as more data attaches to them. Blycha describes them as almost three-dimensional assets and says assets that might previously have been legally compliant are no longer.

“When you have an asset that’s changing, some of our rules about property law and base assumptions about who should do what—they don’t quite fit neatly,” she said.

Major corporate firms will eventually have to grapple with the areas that Stirling & Rose specializes in, but Blycha says there will always be work for a firm like hers.

More people, and particularly children, are starting to live in the digital realm, undertaking activities in cyberspace that previously we would have done in person, such as taking a ride on a rollercoaster. A virtual theme park owner might create a token to “ride” a rollercoaster at some time in the future, thereby creating a digital app.

Lawyers wanting to get on top of this emerging area of law, and indeed of life, need to read, listen to podcasts and draw on their networks, Blycha said, adding that there is a lot of useful information on LinkedIn.

And they need to take part.

“It’s incredibly, deeply, enormously complicated,” she says of the world of digital assets and digital law. “To really understand where the problems are, you need to touch the products, you need to play with the products.”

Which is why Blycha’s children sometimes find her playing computer games.