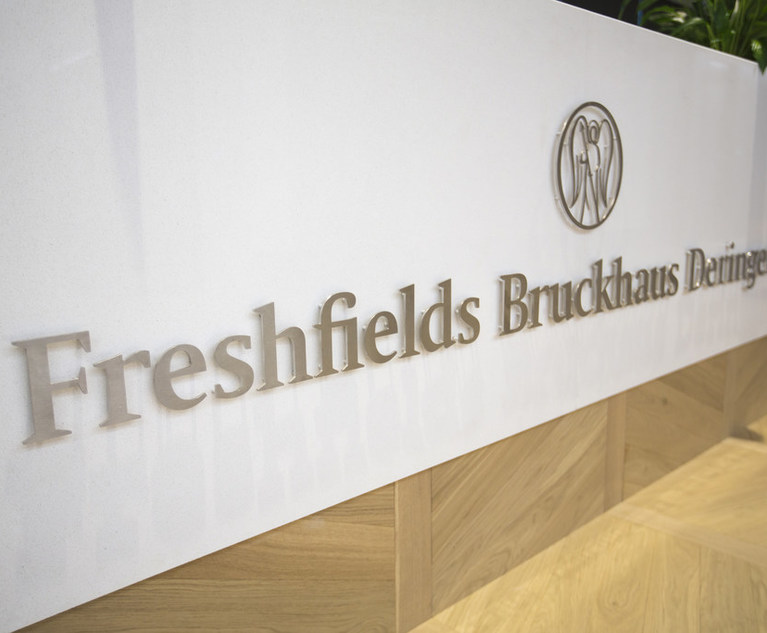 Hochenberg, who has worked on big deals for clients such as Time Warner and Johnson & Johnson, follows the arrival of Cravath dealmaker Damien Zoubek at Freshfields in September. The firm also added in January former Cravath of counsel Nicole Foster to co-lead its employee benefits practice.

Freshfields’ U.S. managing partner Sarah Solum, in a statement, said Hochenberg has an “outstanding track record in her service to clients.”

Hochenberg joined Cravath in 2009 and was elected partner in 2017.

“Jenny is one of the smartest and most capable corporate lawyers I’ve ever seen,” said Zoubek, who is now co-head of the firm’s U.S. corporate and M&A practice, adding “she is creative, dedicated and relentless in service of her clients, and is one of the true rising stars in the M&A community in the United States.”

For Freshfields, Hochenberg’s move highlights the international law firm’s momentum and its expansion plans in the U.S., after launching a Silicon Valley office in July 2020 along with adding about 10 lawyers from Cleary Gottlieb Steen & Hamilton in New York.

According to Freshfields, Hochenberg is the 39th partner the firm has added in the U.S. since 2018, including 27 laterals and 12 promotions. Since 2019, the firm said, its partnership in the U.S. has increased from 24% to 36% women.

In a statement, Hochenberg said the firm’s “extraordinary lawyers and highest quality practices across the globe make it a superb platform from which to serve clients on their most impactful matters.”

A Cravath spokesperson said: “We wish Jenny well in her future endeavors.”