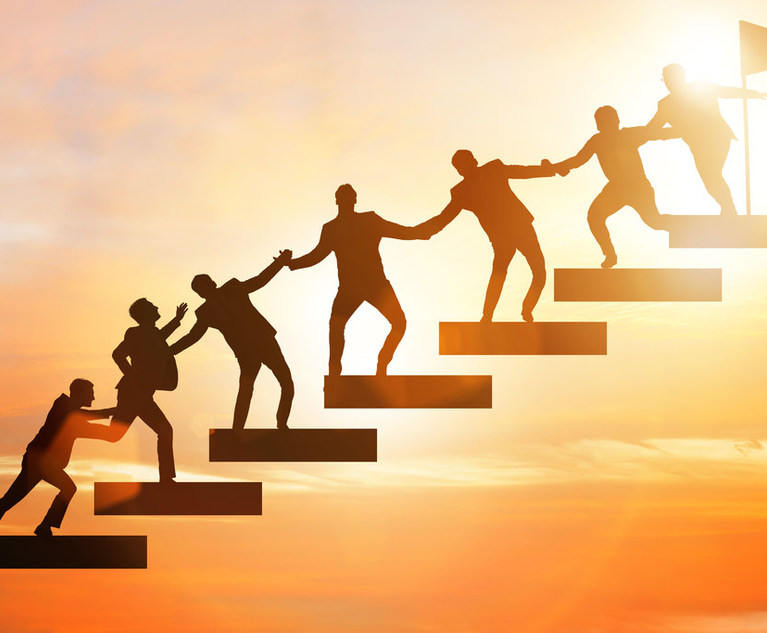 Last year, as law firms flashed six-figure signing bonuses in front of midlevel associates who suddenly found themselves with more leverage than any of their predecessors, many failed to address problematic partners who effectively ruined associates’ professional and personal lives.

That’s according to a recent American Lawyer survey of 4,000 midlevel associates, which included almost 200 responses from associates who said they were being bullied, demeaned, overworked or ignored by their managers.

Now, as demand and productivity dip, law firms have even fewer incentives to change the behavior of difficult—but productive—partners, who are also helping firms manage excess capacity through attrition. But long-term, firm leaders’ apathy toward bad managers also breeds resentment between associates and partners and risks driving out preferred associates who firms would like to promote to partner, creating a leadership vacuum for future generations.

“What firm leaders worry about most is not having their leaders of tomorrow,” said law firm management consultant Ralph Baxter, who led Orrick Herrington & Sutcliffe between 1990 and 2013. “Some people have no realistic chance of being partner and others do. For the second category of associates, those people develop over time. Firms are worried about finding and keeping those people for the rest of time.”

‘Some Partners Are Not OK to Work With’

In open-ended surveys, Big Law midlevels said partners largely dictated their experience at the firm. Some associates said that considerate partners who took an interest in their development and mostly respected their personal lives kept them at law firms they might have otherwise quit. For many, the opposite was true.

“The excellent partners and other attorneys who are role models, mentors, and decent human beings do not cancel out or compensate for the partners who are terrible to work with,” said one Morgan, Lewis & Bockius associate. “The rotten few ruin what would otherwise be a great place to work.”

One Weil, Gotshal & Manges associate said the firm’s rotating assignment system means associates live in fear of being staffed on matters with bad partners. “When I am staffed with good managers I genuinely like my firm; it’s not perfect but the good people are amazing,” the associate said. “When you get a bad manager, it poisons everything. I was not prepared for the extent that a manager’s whims can dictate your life.”

Associates’ specific complaints included bullying and mean, non-constructive feedback, constantly having nights and weekends blown up by specific partners, having minimal access to partners who had committed to mentoring them, and dealing with disorganized partners who don’t communicate with their peers about associates’ workloads. Regardless of the specific infraction, midlevels said firms’ apathy toward bad or disinterested partners ruins office culture and causes them to look elsewhere.

“Ropes & Gray is fantastic as an institution; however, the culture does not encourage partners to invest in associates and, as a consequence, we feel fungible and like we have no future at the firm, particularly when we don’t get timely, constructive feedback,” said one associate. “When we have no chance of becoming partner and are not getting good, informal training and professional development, it can be hard to justify staying.”

After decades of increasing leverage, lengthening partnership tracks, and putting profits-per-partner on a pedestal, large firms have come to expect higher associate attrition. And recently, as firms hiked compensation to recruit and retain in-demand midlevels, some firm leaders expected more resilience from associates.

“What I’ve been told by some senior partners at some big firms is that there’s a dire need for high-quality corporate associates and they’re paying to get them, so they’re not worried about the issue of whether the partners are too harsh with them,” said Dr. Larry Richard, who studies the psychology of lawyers and advises large firms on talent issues. “If they’re paying you a $100,000 signing bonus, firm leaders think that that should cover the harshness. That’s not the answer I’d like to hear or how I would counsel them, but that’s what I’m hearing from them.”

For practices that are cooling off and may be overstaffed, firm leaders have even fewer incentives to rein in problematic partners. “Law firms do need to have some attrition for the model to work,” Baxter said. “In normal times that works just fine with voluntary attrition and attrition that’s semi-voluntary—people who have gotten honest, healthy reviews and know their chances of making partner are not good and choose to move on. A lot of times, that will take care of it.”

The problem with relying on good, honest communication between lawyers is that lawyers are bad at it, said Richard. Over decades of psychological research, Richard found that lawyers score lower than most professions in psychological resilience, meaning they’re not comfortable giving and receiving critical feedback. “They hate giving criticism so much that they softball it,” he said. “Associates are up for partnership after eight or 10 years of great reviews and get told they didn’t make it because partners don’t like to deliver bad news. That tendency carries over to partners who are abusive.”

In their responses, midlevels usually assumed that firm leaders made calculated, profit-driven decisions to accommodate problematic partners, but Richard points out that firm leaders are lawyers, too. “They’re worried about what the effect would be if the partner got angry with them,” he added. “It’s a very pervasive trait that’s almost always on the table when you’re dealing with lawyers.”

What’s worse, lawyers are also more skeptical than the average person, Richard said, which leads them to make negative assumptions about their colleagues. For partners, that manifested itself for a number of midlevels in negative assumptions about work ethic and resilience. A Paul, Weiss, Rifkind, Wharton & Garrison associate said partners tend to think the firm’s millennial lawyers are whiny and lazy, which leads the partners to breath down associates’ necks even as they bill massive hours.

And for associates, many assumed their firms had blown off complaints about bad partners, something Baxter said is not always the case.

“It might be that the firm doesn’t value its associates very much, or it could be that they’re coaching the partner and continuing to hold out hope that the person will remedy their bad behavior,” Baxter said. “There’s an answer somewhere between the firm doesn’t care, they’re working on it and they haven’t been successful yet, and the partner has an offsetting benefit that causes the firm to tolerate their behavior.”

To Reform Problem Partners, Focus on Their Strengths

Lawyers at all levels respond poorly to direct, negative criticism, Richard said. Instead, Richard said he works with partners to identify and focus on their strengths and goals, which sometimes improves behavior without the need for more direct intervention.

“When you start helping someone identify their best self, they hold their head higher, they start working better with people, they’re less critical, they’re more open-minded,” Richard said. “Bringing out strengths often ends up interchanging obnoxious behaviors. It doesn’t happen in every case, but it happens often enough.”

For partners who aren’t receptive to the strengths-based approach, Richard moves onto a method he calls 360 feedback. He asks for the names of 10 to 20 people whose opinions the partner respects and trusts, and he interviews most of that cohort about the partner while skipping a few people to protect the identities of respondents. Ultimately, the partner hears a paraphrasing of the most-universal feedback. “I’ll say, I heard in 20 different ways that you’re a bad listener,” Richard said.

Partners aren’t immediately interested in hearing what’s wrong with them, Richard said, so starting with their strengths develops the rapport necessary to have a constructive conversation about their weaknesses.

Additionally, Baxter said law firms that want better managers should tie managerial performance to compensation and set an example of great management from the top. “The way to deal with this phenomenon is not to be on the lookout for a bad partner,” Baxter said. “The way to deal with it is to reinforce a culture that we do care about our people and we expect people to interact in a civil and supportive way and act that out.”