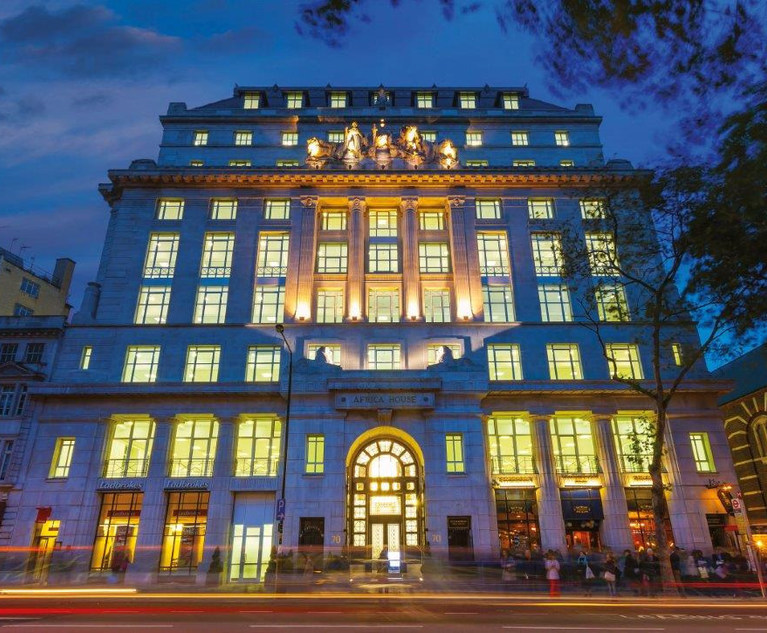 Mishcon de Reya grew its revenue and profit per equity (PEP) by double figures during the most recent financial year, as its managing partner reaffirms its ambitions to complete an initial public offering.

The firm’s revenue grew by 22% for the financial year ending April 2022, up to £230.7 million, according to managing partner James Libson.

The strong results follow a year in which the firm’s long-planned IPO was put on hold, though Libson’s enthusiasm for an eventual listing is unabated.

Speaking with Law.com International, he said that listing had not made sense earlier this year and pointed to the very few number of completed IPOs in 2022 so far.

Though he declined to put a timeline on the process, he claimed that investors had been “impressed” with Mishcon’s proposals, and that he expected a similar level of interest should the firm return to an IPO.

The firm had previously appointed five non-executive directors to serve on its group board in preparation for the IPO, but four of the team departed in June following the decision to postpone.

After partners voted through plans to list last autumn, a team of lawyers left for Greenberg Traurig in London. However, Libson added that over the year, the firm had achieved a 95% retention rate.

The firm also expanded internationally, launching its second international office via an association with Hong Kong disputes and investigations boutique Karas LLP. This came a little over a year after its overseas debut in Singapore.

Looking ahead, Libson, like many in the industry, foresees that a slower economic period will soon hit.

He expects the U.K. economy to enter into a recession this calendar year, and believes there is a high likelihood of litigation experiencing an uptick given the higher inflation and interest rates.

He also made the point that the recent collapse in the value of cryptoassets would likely yield plenty of fraud disputes.

A number of other U.K. Top 50 law firms have recorded strong financial results so far this season, including Clifford Chance and Allen & Overy.