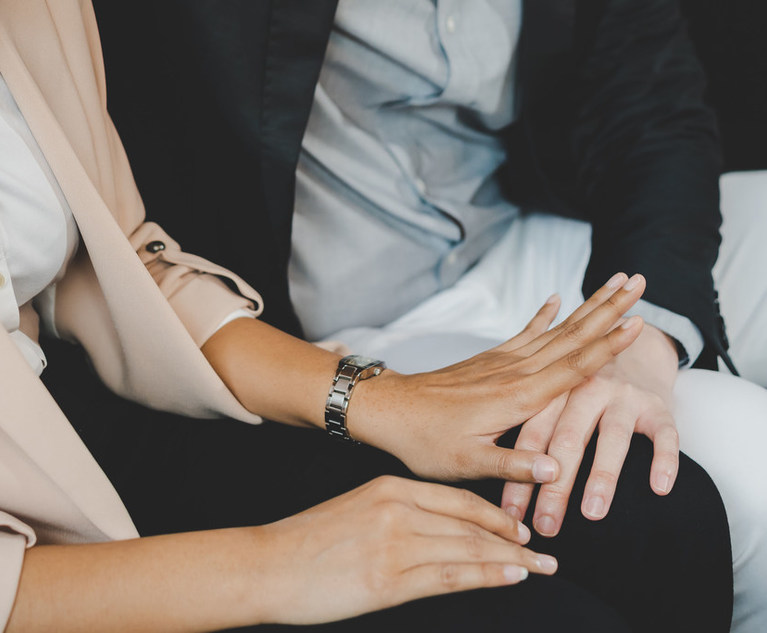 Law firm efforts to create an equitable and safe environment for female attorneys have made progress over the last 30 years, especially since the #MeToo movement took root. But interviews with female attorneys and a wide-ranging survey on the subject show that sexual harassment is still a daily struggle for many.

The industry shift to remote work didn’t halt harassment in the workplace, either. Other forms of harassment, such as bullying and inappropriate comments, may have actually flourished during the pandemic due to one-on-one interactions on video chats, said Cory Amron, a founder of the advocacy group Women Lawyers on Guard (WLG).

“People can see your bedroom in the background,” she said.

A 2020 WLG survey highlighted that significant barriers to progress remain, allowing harassment to run rampant in the legal profession.

These barriers to progress include a lack of reporting for fear of retribution, power dynamics between the harasser and harassed that put the latter in untenable positions, and workplace cultures that, while they may discourage the behavior, lack teeth to adequately enforce consequences.

“[L]aw firms say they have a ‘no jerks’ policy, but this policy doesn’t apply when that partner brings in a lot of money.”  — Anonymous comment from the WLG survey

A female attorney, who asked not to be named in order to speak freely, recounted how the above scenario can play out.

She was at a conference and everyone was hanging out at the hotel bar afterward. She doesn’t drink. A “gentleman from a corporation” began talking to her.

“We are all there talking and networking. Well, he decided he was going to drink a little too much, and got very drunk and in my face … being rude and nasty,” she said.

While she stood up for herself and reprimanded the drunkard, she also recognized the limits of what she could do given his position.

“Some thought I should [ignore] all of what he was saying because it could impact money coming into the firm,” she said. “He could have an impact on the firm’s bottom line. Never mind safety or self-esteem … it’s always the business first.”

She pointed to the firm’s culture, and what is permissible within it, as culpable in this event.

“Firms have to look at their cultures,” she said. “What are they fostering, what are they allowing? What are you allowing clients to do and say just because they may at some point give you some business and some money? Is that more important than the health [of the firm’s attorneys]?”

The WLG survey showed that only 14% of incidents of sexual misconduct or harassment are actually reported. Which means 86% are not.

Outside of the potential embarrassment and unwanted attention these sorts of actions thrust on the victim, Amron said, there are other reasons they aren’t reported at a very high rate.

“Of the 14% of those that are reported, 50% had no consequences and an additional 20% [of the victims] were not told what the consequences were,” Amron said.

“A male lawyer invited me to interview right out of law school, but instead offered me crappy pay, [and] then tried to get me to give him a blow job.”  — Anonymous comment from the WLG survey

Amron was an intellectual property attorney at Vorys, Sater, Seymour and Pease from 1995 through 2015. After retiring, and driven by the rhetoric of the 2016 U.S. presidential election, Amron founded WLG, with the intent of advocating on behalf of harassment victims (more than 90% of whom are female), as well as advocating for reproductive rights and workplace equity.

The group has tracked various survey responses over time. Amron said that 30 years ago, 51% of survey respondents said that there was “often” a culture of harassment in their workplace, while 38% said that this culture was present “sometimes.”

In WLG’s 2020 survey results, the numbers appeared to shift: 25% of the respondents felt that their workplace culture was “often” one that didn’t do enough to prevent misconduct or harassment, while the “sometimes” group actually grew from 38% to 48%.

“If you add the groups together, you find that 30 years ago about 89% of incidents were happening in these cultures,” Amron said. “Now, it’s 73%. [That’s] somewhat good news. But it is still clearly going on.”

She added that with the push to return to law firm offices, and the increased interaction that it facilitates, the legal profession will likely return to the same behaviors that existed pre-pandemic.

“I have been treated with disrespect and sexualized by opposing counsel. It’s a very odd thing to me that a professional would think it’s OK to comment on my body or overtly proposition me.” — Anonymous comment from the WLG survey

Even if a woman felt comfortable reporting an incident such as unwanted touching, there are many other varieties of harassment. The most common, according to the WLG survey, were sexualized name-calling, offensive jokes, attractiveness “ratings,” leering and unwanted requests for dates.

All are inappropriate and harmful, but not all end in physical harm, leading some of this behavior to go unreported and carry on without consequence.

Kristen Corpion is a former Greenberg Traurig associate who now runs her own shop, CORPlaw.us, a Miami firm that specializes in general counsel work with technology and startup entities.

Corpion said she has, over the years, had to develop guidelines for herself and others to attempt to avoid situations where misconduct could flourish. The unfortunate part of that is that the prospective victim must adjust behavior, not the perpetrator.

She said that regardless of those actions, the best advice she can give others experiencing harassment in the workplace or at networking events is to know their worth.