Pinsent Masons Shakes Up Its APAC Leadership Structure, Focuses on Growth in the Region 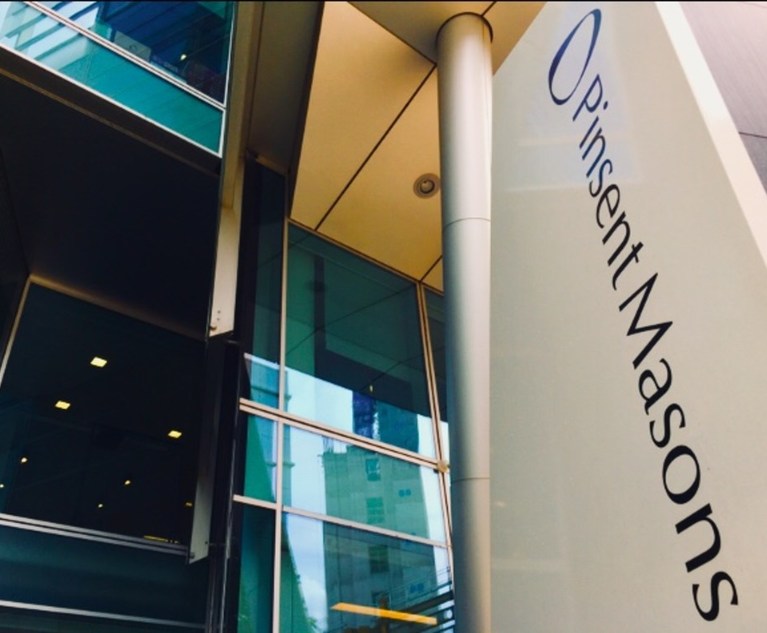 Global law firm Pinsent Masons has shaken up its leadership in the Asia Pacific, appointing Melbourne-based partner James Morgan-Payler as its first formal head of APAC and Singapore-based Johanna Murray as the firm’s first chief operating officer in the region.

Morgan-Payler joined Pinsent Masons in August 2019, after being the head of the construction and engineering team at Norton Rose Fulbright. Before moving into his new role, he led Pinsent’s finance and projects team in Australia, according to his Linkedin profile.

Murray has been with the firm for a little more than five years, serving as its international business manager from Singapore, according to her LinkedIn profile.

The changes come as the firm says it is now focusing on continued strategic growth throughout the Asia Pacific. Over the last three years, it has seen its revenue increase by more than 20% while its head count has grown from 247 to 277 over the same period, the firm said.

“Pinsent Masons is known for its in-depth sectoral expertise, combined with a multinational network that serves our global client base,” Morgan-Payler said in a statement. “Connectivity and the ability to provide our breadth of skill sets is highly valued among our clients.”

“Our new management structure will play a vital role in enhancing our client service delivery as we continue to grow and mature across the Asia Pacific,” he added.

Pinsent Masons managing partner John Cleland noted in the statement that the Asia Pacific region has been growing significantly and the firm is “committed to investing in the region and ensuring that our leadership remains ready for the opportunities ahead.”

Pinsent Masons has long-standing bases in China and Singapore and launched offices in Melbourne and Sydney in 2016 and in Perth in 2017.