The Asia Legal Briefing: Do British Firms in Asia Suffer From an Identity Crisis? 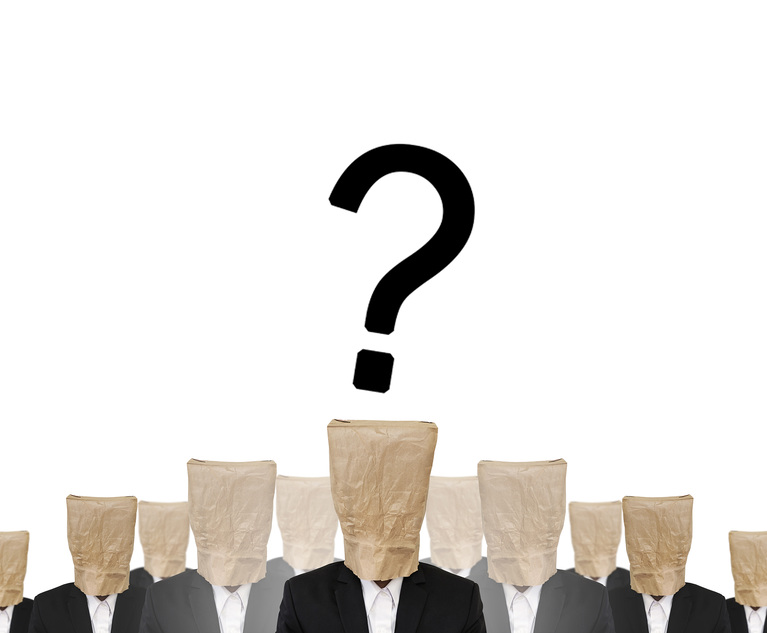 Last week, I published Part One of my feature on Magic Circle firms in Asia. Much of it focused on how the “Magic Circle” brand holds no value in this part of the world, and how the label hinders the firms’ ambitions for global domination.

In fact, in conversations with lawyers after the story was published, the mere mention of “Magic Circle” often produced a wince. Has the label now become so grating?

I couldn’t say how I personally felt about the concept of “Magic Circle” in that feature story. But here, in my fortnightly column, I have the luxury of being able to do just that. To me, the Magic Circle sell died a sure death in Asia a decade ago.

To be sure, some senior lawyers at these firms hang on to that brand recognition for dear life because to them, it represents elitism and quality advice, which in their minds puts clear water between them and their rivals.

But it was also a decade ago that law firms in Asia started going about a merger spree—Herbert Smith merged with Freehills in 2012; Australia’s legacy Mallesons Stephen Jacques did the impossible and married China’s King & Wood; Ashurst also combined with Blake Dawson, which was then one of Australia’s more well known domestic legal brands.

At around that time, the U.S. firms also started investing heavily in high-profile hires and expansions in Hong Kong (think Kirkland & Ellis’ multi-million-dollar, eight partner group hire in 2011, the launch of Simpson Thacher & Bartlett’s Hong Kong office in 2011, and Davis Polk & Wardwell’s expansion into financial crime, which included the hire of its current Asia chair Martin Rogers.) In fact, Davis Polk’s Hong Kong office ballooned to more than 100 lawyers at one point.

The competitive landscape changed drastically and one thing is for sure: all of them were vying to topple the British old guard.

I wouldn’t say that the challengers have been overwhelmingly successful, but they certainly gave the Brits a run for their money. To be fair, Herbert Smith Freehills and King & Wood Mallesons, even with their immense cultural integration hurdles, both seem to be faring better than they would have had they not “gotten married.”

That said, King & Wood’s struggle is still one that lawyers often talk about when referencing a lack of integration in firms today. In fact, one lawyer at a Big Four affiliated practice talked about how King & Wood’s profit-sharing model is just “all over the place” and how their “lawyers in Australia are very separate from the lawyers in Beijing.”

One thing struck me the most during my interviews with all the Magic Circle firm leaders: Each held a steadfast belief that their firm is different from their elite counterparts. Yet, as I was pulling together all my notes and reviewing their quotes and comments about their respective practices, they (with the exception of Slaughter and May) were all essentially saying the same thing: strategic growth in the U.S., expansion in Singapore and Southeast Asia (not at the expense of Hong Kong, they hastened to add), focusing on financial sponsors, life sciences and technology, ESG financing and transitions, and restructuring work—all of these have boosted growth. All of them also added that they will go where their clients go.

But when did “following the clients” become an acceptable synonym for firms just trying to “be all things to all people”?

I’m not trying to sound disparaging; I am, after all, just an overzealous onlooker, and I’m also conscious that the year-on-year revenue growth of U.K. firms in many ways refutes the challenges that I am asserting these firms face.

But I do wonder whether firm leaders know that the very characteristics they believe set them apart are actually what makes them all, well, the same.

To a large extent, the U.K. firms’ modus operandi (and the same applies to the Swiss Vereins) is to “follow their clients” and to provide the service that their clients need, whatever and wherever that may be. But what really is their point of differentiation then? It leads me to believe that it’s that lack of a true differentiator that forces them to succumb to substantial fee discounts. Law firms in Asia are notorious for undercutting fees to win work.

I recently met with a senior business development professional who has worked in many different models of law firms across the Asia Pacific. She thinks that the only true differentiator among law firms is their people. She’s not wrong, but that’s an incredibly tricky proposition.

What she’s essentially saying is that there’s only one Teresa Ko (Freshfields’s long-serving China chair, known for a long time as the ‘Queen of IPOs’ in Hong Kong), one Julie Gao (former Skadden, Arps, Slate, Meagher & Flom rainmaker, known for her prowess in U.S. listings for Chinese companies), and one Justin D’Agostino (Herbert Smith Freehills’ current chief executive officer, an international arbitration leader well known for his vibrant and infectious leadership style).

Allow me to demonstrate how that might play out from a client’s perspective:  A Hong Kong-based head of the legal department at a global bank recently told me that she “absolutely loves” working with one of King & Wood Mallesons’ Australia-based partners but said the rest of the team is “just okay.” Another in-house counsel told me that Deacons has a decent fintech team and that he tends to go to one particular lawyer, but added that he wouldn’t work with the firm on anything else.

Proposing to clients that a firm can deliver absolute excellence across a multitude of sectors and practice areas is nothing but a leaky promise. Clients are drawn to a lawyer’s inimitable technical skills. But what do they make of the promise that the firm can meet all their needs? They are sophisticated enough by now to steer away from drinking that Kool-Aid.

And so, the age-old question is this: what happens when the leading personalities depart, just as Julie Gao did a couple of months ago?

Sure, a law firm is only as good as its collective people but how can firms sell their people if even that is not a constant?