To Improve Profitability, Law Firms Are Falling Back on the Basics Instead of Transformational Shifts 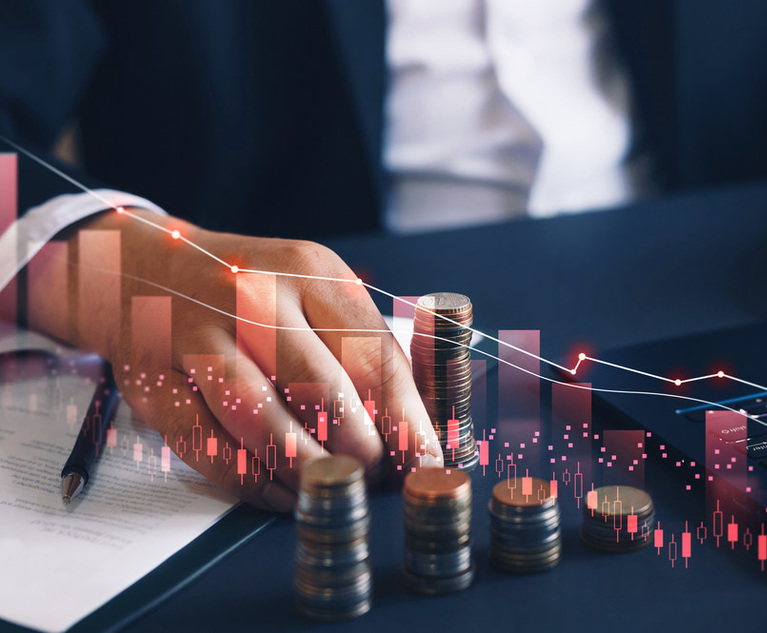 Despite law firm profits soaring in the last year, firm partnerships are increasingly uncertain about the future. As a result, according to new survey results, law firms are now doubling down on financial fundamentals such as pricing, clients development and talent.

The 2022 Law Firm Profitability Survey from LawVision and Iridium Technology, published this week, found that nine out of 10 firms were satisfied or very satisfied with their profits over the last three years, and more than a quarter of respondents reported double-digit profit growth during that span. Still, factors such as inflation and geopolitical tension are coloring firm leaders’ outlook.

So instead of firm leaders focusing on big projects to innovate or transform their firm, the report authors highlighted a strong move toward what they called “profit fundamentals” this year, with firms focusing on pricing, production, talent strategy and client initiatives. The reports’ findings are based on a survey in the first few months this year of law firm leaders from 74 firms in the United States, Canada, the U.K. and other jurisdictions.

About 43% of respondents said they would pursue “laterals and diversity” to increase profitability, an increase of 11% from last year, while 25% said “client feedback,” which was also up by 11%. Forty-three percent said they would address “client development and performance” to improve profitability, while 32% of respondents said “improving utilization levels” and 21% said “improving leverage.”

The authors said the striking thing about those results was the “dramatic movement” away from cost-cutting and large transformational initiatives. The percentage of leaders saying “improving financial hygiene” decreased from 52% to 41%; “doing more AFAs” decreased from 24% to 15%, and remote work/reducing real estate went from 14% last year to 3% this year.

The report likened it to football, with firms focusing on ”basic blocking and tackling” as opposed to more dramatic changes.

“We’re starting to see this much greater push on—are we leveraged right? Are we utilizing our capacity effectively? We didn’t see that in the same way in 2020. In fact, we haven’t seen that in nearly the same way in previous years, so I do wonder if this isn’t some form of a post-pandemic, kind of trying to find normal,” said Mark Medice, principal at LawVision and one of the authors of the report.

He said he didn’t want to overinterpret the results, and that the pandemic is still very much a concern. But he also said in the industry specifically, and the economy more broadly, “we’re many chapters away from March 2020,” and people are grasping a different kind of equilibrium.

“One question on the table is: are people starting to wonder whether there’s a different type of overall economic pattern occurring, and firms are going to have to figure out if their fundamental model works, before some of these other, more transformative questions,” he said.

Adding to the uncertainty is the fact that a substantial majority of law firms are still struggling with how to reconcile the battle for talent with the ability to remain profitable. When asked to what extent they agree that their firm has “a good strategy” to address the talent wars and corresponding salary increases without impacting profitability, 80% of firm leaders say they were either neutral or disagreed.

“This should be a major red flag: the salary wars will continue or even escalate, and firms that are not proactive in addressing salary issues could be facing a significant loss of talent,” the report stated.

Medice said escalating turnover at firms in both the associate and partner ranks has stretched some firms more than others. He said most large firms are still doing good business right now and are on pace for a reasonably good 2022 overall.

But he said the fact that such a large portion of firms didn’t feel like they necessarily had a good strategy to manage increasing salaries “certainly gave us some pause.”

“It’s a red flag because talent is such a major part of production of a law firm. It’s their greatest asset,” he said. “And it’s reinforcing this idea that if things are going to continue to be volatile, there’s an even more dramatic impact on the legal economy.”

Overall, the authors of the report described law firms’ performance in Dickensian terms.

“It feels like the best of times for profitability, while overall economic volatility and market shocks portend the threat of more challenging conditions,” the report stated. “Long-term students of law firm economics are aware that salary wars often precede industry contraction. And these trepidations seep through our results below, despite positive sentiment overall represented in the survey.”

About 27% of respondents said profits grew 10% or higher during the last three years, as well, relative to 19% in last year’s report, reflecting “an extraordinary business cycle,” the report stated. ”The question on many minds is will we be able to maintain these extraordinary results with the new challenges that are facing the industry.”