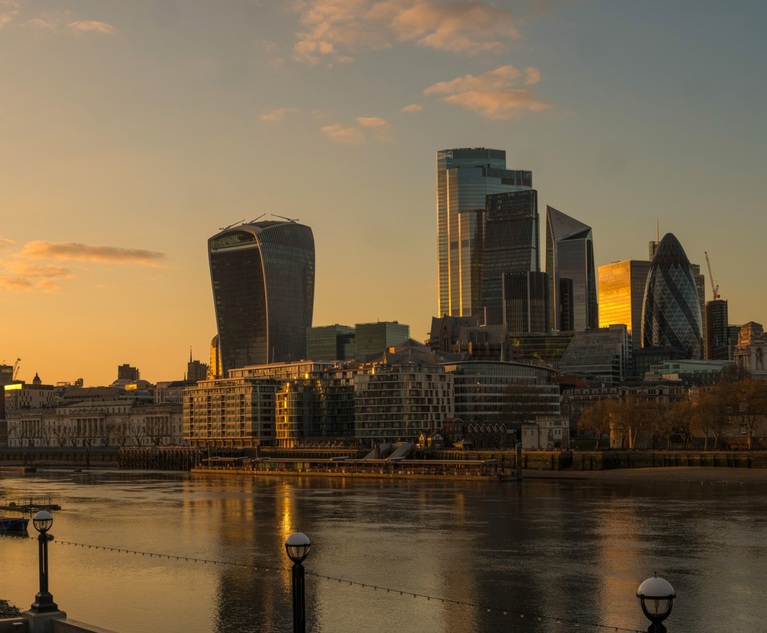 Average profits per equity partner across the U.K.’s largest 50 law firms rose 7.7% in the last financial year, as inflated costs and an increased number of equity partners lessened firms’ ability to transfer a surge in revenue to the bottom line.

The average change in PEP across the firms failed to match the growth in the previous year, when it increased 18.7% in one of the largest ever rises. It was also less than the Top 50 firms’ average revenue rise of 10.9%.

The average profit per equity partner across the firms now stands at £939,600.

Most of the biggest increases came from mid-tier firms with Fieldfisher, TLT, Hill Dickinson, Stewarts and Freeths all managing PEP rises of more than 20%. In the previous year, 14 of the 50 firms recorded a more than 20% PEP rise, in the 2020 year end it was just two.

Average PEP growth across the elite firms was slightly lower, at 6.3%.

Stewarts’ PEP soared 86% to £2.7 million, making its partners the highest paid in the U.K. market, while Fieldfisher also had a standout year with its PEP increasing 22% to hit the £1 million mark for the first time and turnover rising 36%.

Sharing out the equity and pay wars

On average across the U.K. Top 50 net profit rose in line with revenue at 10.8%, a small increase on the previous year’s 9.2%. But increases in equity partner numbers meant the overall profit pool was distributed between more individuals, lowering average PEP.

Four of the 50 firms experienced a healthy net profit rise but a small rise or fall in PEP, caused by an increase in the number of equity partners to divide the pot between.

At the same time, the pay war caused significant rises costs for many firms as they raced to attract and retain talent, making multiple uplifts in the last 18 months. CMS raised its newly qualified pay on three separate occasions in just over a year, most recently in July.

Other firms have more recently drawn a line in the sand, with the likes of Allen & Overy and Linklaters saying they would not raise NQ pay any further to match rivals, but many U.S.-headquartered firms aren’t stopping. In July, U.S. firm Akin Gump Strauss Hauer & Feld upped its NQ pay to £179,000, making its junior lawyers the best paid in the U.K.

Although performance was steady for the U.K. firms, it lags behind U.S. counterparts. The 7.7% PEP rise is underwhelming when compared to the U.S. average, which across the Am Law 100 jumped 19.4%.

The strength of the U.S. economy was felt by U.K. firms with a presence there. “50% of our revenue growth came from the U.S.” noted Allen & Overy’s global managing partner Gareth Price, with the firm having added 27 partners in the States and opened three new offices. “These new teams performed beyond expectations”, he added.

All international firms shuttered their Russia bases following the invasion of Ukraine in March. Management teams explained it had little impact on financial metrics. Closure costs were standalone, “dealt with and factored in” to the year end accounts noted Lee Ranson Evershed Sutherlands CEO. Also for several firms, Russia was not a particularly lucrative market pre-invasion, with LLP analysis revealing numerous firms’ Moscow offices showed signs of decline over the last five years.

Even so, turning away such work meant turning away notable fees. Simmons & Simmons’ senior partner Julian Taylor noted that after deciding three days after the invasion began that the firm wouldn’t do any work that could aid the Russian government, its newly-established Russian Business Committee has “turned down millions and millions of pounds worth of work, both one off jobs and saying no to new clients”.

This year an updated methodology has opened up the table, and firms such as Birketts and Burness Paull feature on the list for the very first time while the likes of DLA Piper and Hogan Lovells are excluded. Now, for a firm to rank it needs to have more lawyers in the U.K. than in any other single jurisdiction.