Why Some Lawyers Are Leaving Big Law to Go Small 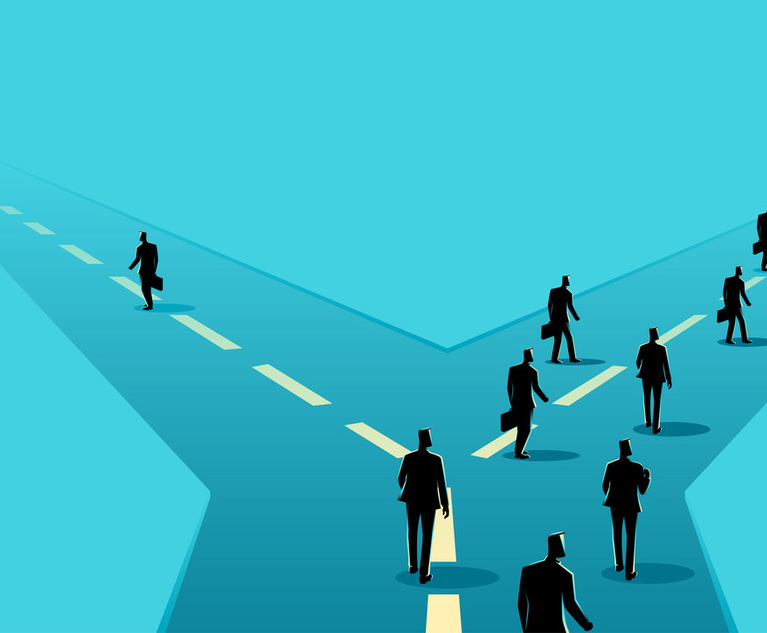 Conditions are ripe for Big Law lawyers to go small this year, some analysts and firm leaders say, by forming their own law firms or moving down to smaller firms.

An infusion of remote-working flexibility and a bit of a breather after a busy 2021—plus a desire to control billing rates—are leading some lawyers to downsize into smaller firms or spin out into their own boutiques in 2022. A surge in profits, too, has expedited late-career lawyers to the Big Law offramp.

Billing rate pressures are a large factor. Standard billing rates grew about 5.7% across the industry in 2021, according to Wells Fargo. More than 80% of the Am Law 100 increased billing rates by over 3%, according to American Lawyer data, and a similar proportion intend to do the same for 2022.

Wells Fargo also found firm leaders expected to raise rates again in 2022 by an average of 6% to 7%, an increase from 2021. And that was before the inflation rate hit a 40-year high in March, reaching 8.5%.

Andrew Sachs and Ricardo DiMonte, leaders of the recently-merged Chicago boutique Robbins DiMonte Ltd., said often they’ve found laterals who want to have competitive rates to grow their practice but can’t do it within their current structure.

“The frustration we have both seen with laterals into our firm is that they’re young partners in Big Law firms and they’d like to develop a larger book of their own business. But the rate structure is too high,” DiMonte said. “And the only way to remain an equity partner or grow into that is to get the big clients with big cases in the biggest transactions, whereas there’s so much more middle-market business you’re missing out on.”

Sachs said they “absolutely” expect more attorneys to spin off their own firms or step down into smaller firms because of rates, as well as remote work flexibility and greater control of their practices.

Kurt Mayr, a partner at the recently-created bankruptcy boutique Glenn Agre Bergman & Fuentes, said a relative lull in the practice helped him take stock of where he was at and what he wanted to do moving forward. More attorneys may get that opportunity in this year as sky-high demand in 2021 in areas like corporate & M&A has fallen off a bit in 2022.

“What we’re doing is something you’re going to see more of,” said Mayr, who just departed from his role as a practice leader at Morgan Lewis & Bockius.

He also said he was “tired” of turning down clients due to potential conflicts, that moving to a boutique allowed him the flexibility to work from his home in Connecticut, and helping build up a new firm scratched an entrepreneurial itch.

Webb Daniel pointed not only to the hourly commitment as a drawback in Big Law but the increasing cost and overhead that leads to higher rates for clients.

Of course, lawyers could be skittish of starting businesses when there are troubling signs, not only in the legal industry but in the broader economy, as recession fears grow. And smaller firms still face the threat of getting picked for talent by the largest firms.

Michigan-based Honigman just lost 27 lawyers to DLA Piper in Chicago, as big firms have capitalized on big group moves so far this year. The firm acknowledged those types of losses have to be balanced with the gains, calling it “the nature of the beast” in a competitive legal environment.

But David Foltyn, CEO of the firm, said Honigman believes it can still grow its footprint in Chicago, and recruit lawyers from larger firms to its platform. The firm on Monday announced a new chief operating officer, Tom Gaughan, who previously served as Co-COO at ArentFox Schiff.

“Our great success has been recruiting entrepreneurial lawyers from very large firms who would like to control their destiny and are interested in more of a high, high-end, mid-market practice or a ‘run-your-business’ practice rather than a ‘bet-your company’ practice,’” he said this week.

He also said the firm appeals to talented lawyers at smaller and midmarket firms. “So while we’re really focused on bringing entrepreneurial folks over from top firms, we also look at bringing people upmarket,” he said.