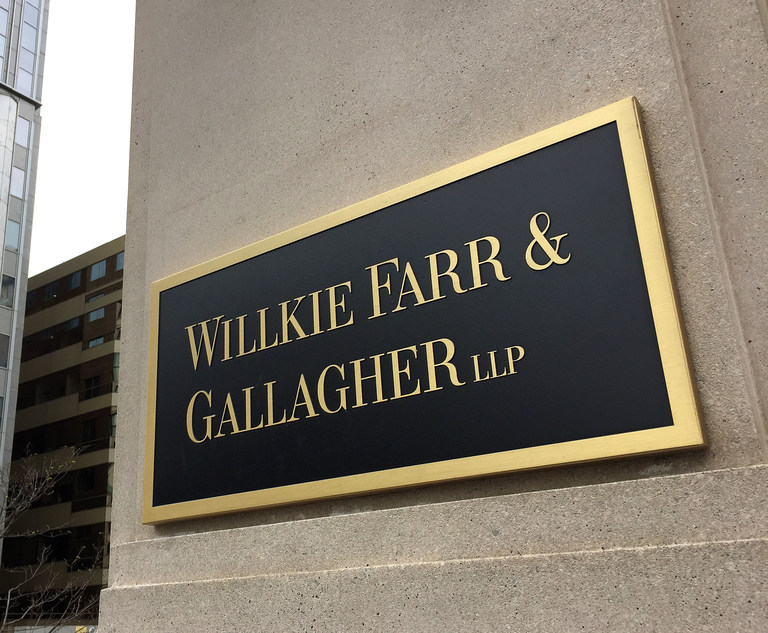 Joseph Marx and Simon Weiß, who both join as partners, will establish a capital markets practice for the firm in its Frankfurt office, Willkie said.

Marx has more than 20 years of experience in international capital markets transactions, including initial public offerings, rights issuances, accelerated primary and secondary offerings, Rule 144A transactions, U.S.-registered offerings, private placement transactions and debt offerings, as well as cross-border mergers and acquisitions and other corporate transactions, according to Willkie. He has worked across various industries, including chemicals, automotive, life sciences and real estate, the firm said.

He was a partner at McDermott for 10 years and headed its capital markets law practice group, according to his LinkedIn profile.  Prior to joining McDermott, he was a partner at Dewey & LeBoeuf for six years. He started his career in 1988 as an associate at White & Case.

He was at McDermott for four years, three as a partner. Before joining McDermott, he was a senior associate at Allen & Overy.

Their hires come at a time when Willkie has been investing and expanding in the German market. It has brought in more than ten partners and counsel in Frankfurt in recent years, including partner Anne Kleffmann from Latham & Watkins in April and Jens-Olrik Murach from Gibson, Dunn & Crutcher in 2021.

“In the space of only two years we have added a number of new practices to our German offering, including real estate, litigation, restructuring, employment and regulatory law, while continuing to expand our private equity and M&A capabilities,” said corporate and financial services partner Georg Linde, who heads Willkie’s Frankfurt office.

Linde added that the two new partners will serve as the core of the firm’s new German capital markets practice.

McDermott did not immediately respond to a request for comment on the departures.

Lisa Shuchman contributed to this story.