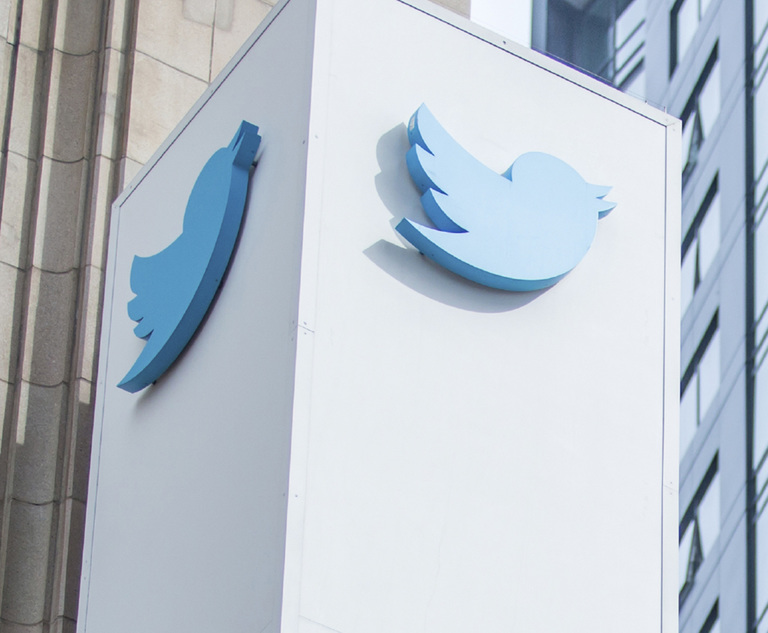 Twitter’s court battle against Elon Musk started with a Tuesday lawsuit signed by 10 lawyers in three law firms, an early indication of the amount of legal fees and staffing on one of the most high-profile corporate litigation cases of the decade.

Observers point to a potential eight-figure legal bill coming up as a result of not only the 10 lawyers but droves of associates and others working behind the scenes. Other law firms could also be advising Musk and Twitter’s board on the battle.

“It will definitely be a scrum of activity,” said Tom Redburn, a partner at Lowenstein Sandler and chair of the firm’s securities litigation practice who is not involved in the case. “This is going to be a very intensive staffing and HR issue. You’ll have a small army of associates to deal with basic discovery, a couple of junior partners handling depositions and drafting briefs, and one or two experienced partners who know Delaware law overseeing the whole thing. And if this case gets to trial, you can add on legitimate trial attorneys.”

The Tuesday complaint in Delaware Chancery Court was signed by Wachtell, Lipton, Rosen & Katz partner William Savitt, Wilson Sonsini Goodrich & Rosati partner Brad Sorrels and Potter Anderson & Corroon lead attorney Peter Walsh, plus other Wachtell and Potter Anderson lawyers. They have asserted that Musk has no good reason to back out of the $44 billion deal and that Twitter expects him to follow through with the deal terms.

A source familiar with the matter said Simpson Thacher & Bartlett, who advised Twitter in the deal negotiations with Musk, continues to represent Twitter’s board of directors in connection with corporate and litigation matters related to the transaction, but it is not named in this complaint.

What will follow in the litigation, said Columbia Law School corporate law professor Eric Talley, is an eight-figure legal bill for each side and a likely decision favoring Twitter. “There are some outs for Musk,” Talley said. “But he has been so irritating and exasperating, it’s hard to imagine a judge buying it.”

While the billing rates that Wachtell and other firms will charge on this manner may ultimately be a “closely guarded” secret, Talley said, partner rates will likely be between $1,500-$2,000 an hour and between $500-$950 an hour for associates.

Redburn, the Lowenstein partner, said, “If this thing goes the distance [through trial], it could hit eight figures.” That estimate is based on what will likely be a flurry of activity at Wachtell, Wilson Sonsini and Potter Anderson over the next several weeks as an expedited discovery is expected.

Total legal fees could reach into the middle eight figures — or more — if things play out through trial, Talley agreed. “It’s absolutely north of eight figures on each side,” he said. “When you tally up all the partners and associates, the IP firms and coders that will be necessary to go through petabytes of data, it’s a lot.”

Savitt leads a team of Wachtell lawyers whose bread and butter is representing companies and their officers, often in deal-related disputes. A top litigator in Delaware who also lectures at Columbia Law, Savitt and partners Anitha Reddy and Sarah K. Eddy also represented McDonald’s against its former CEO, who was ousted after an inappropriate relationship with another employee.

Eddy is a former chief of appeals in the criminal division of the U.S. Attorney’s Office for the Southern District of New York. They’re joined by Bradley Wilson, a partner who focuses on litigation related to corporate disputes who has been with Wachtell since 2005, and Ryan A. McLeod, another partner who handles litigation involving M&A and corporate governance issues.

Sorrels, the co-chair of Wilson Sonsini’s governance litigation practice group, also typically represents companies and specializes in stockholder litigation and M&A. Though not listed in the complaint filed this week, partner Martin Korman was also involved in corporate and M&A aspects of the matter.

Walsh, who leads the Potter Anderson team, is a veteran litigator and practice group leader for the firm’s corporate litigation group. He is also on the firm’s executive committee. According to his firm biography, Walsh has chaired “many” trials in the Delaware courts and “regularly” handles Court of Chancery proceedings.

How large a role Potter Anderson will play is still unknown.

Talley said that typically larger firms from New York, Los Angeles, Chicago or other larger legal markets will hire local representation for Chancery cases. Their level of involvement in the actual case can vary, he said.

In Potter Anderson’s case, Talley believes it will be more than window dressing.

“Potter is likely not just arm candy in this deal,” he said. “They will play a role. They are the attorneys that know what allergies the judge has, what type of milk they drink. They have a lot of internal knowledge.”

When asked for comment on the level of Potter Anderson’s involvement in the matter, Walsh said that he would need to “decline at this time.” A representative for Wachtell didn’t return a message seeking comment, while Wilson Sonsini declined to comment.

A War of Attrition

Several observers of the legal battle, when contacted for comment, have said they believe that Musk’s legal arguments, and some of his public grandstanding, put him on shaky footing. But there are ways he can win without actually “winning.”

“It’s a little bit like a war of attrition, like two animals fighting over a carcass,” Talley quipped. “Our legal system can be like an auction where everyone pays and whoever pays the most has the best shot of winning. This is less true for cases that are around a 50/50 shot, but this isn’t one of those.”

Talley said Musk has what he called a “B- case at best” and his best bet might be to bleed Twitter, which doesn’t have a lot of liquid assets for tens of millions in legal fees.

However, a firm such as Wachtell would likely not take the case unless it thought it could win, Talley said. Even if it does, it stills need to recoup a lot of fees, which Talley suggested might make the firm open to potential alternative fee arrangements.

“No one will admit that firms will structure their fees so their client can stay in the game, but they do,” Talley said. “Some deals are now just fixed-price arrangements.”

Andrew Maloney contributed to this report.