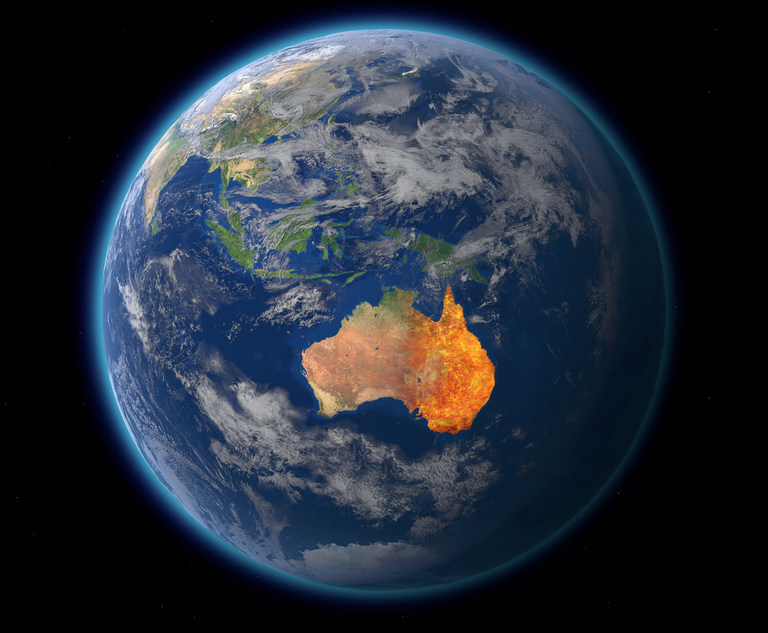 Editor’s note: This article is part of an occasional Law.com International series on the increasing role that environmental, social and governance (ESG) issues are playing in law and business around the world.

Australia has become a hotbed of climate litigation.

The country is making its mark, becoming a prime jurisdiction for test cases with broad policy implications at a time when climate change litigation has been spreading around the world.

Lawyers say Australia is playing an increasingly important role in part because of the country’s court system, which moves relatively quickly. In addition, plaintiffs consider Australia a good place from which to send the world a message about the urgency of climate change, as the government has moved slowly on addressing the issue and the country is still heavily reliant on the resources and energy sector.

Can Lawsuits Protect the Planet?

The most active jurisdiction for climate litigation is, by far, the U.S., where 1,387 cases were filed through May 2021, according to data published by the London School of Economics’ Grantham Research Institute on Climate Change.

But Australia is the second most active jurisdiction with 115 cases, followed by the U.K. with 73 and the EU with 58, according to the Climate Change Laws of the World Database, which builds on data collected by the Grantham Research Institute and the Sabin Center at Columbia Law School.

Norton Rose Fulbright’s head of climate change, Elsa de Wit, says there has been a shift in the types of climate actions run in Australia in recent years. Whereas cases in the past were brought by individuals taking action against a proposed development such as a coal mine using environmental laws, the focus now is on test cases with broad policy implications for governments and corporates.

Australia is seen as a good jurisdiction to run these types of cases, de Wit said, noting that the country’s courts can operate a lot faster than in other jurisdictions. Also, lawyers see an opportunity in bringing this type of strategic litigation in a jurisdiction where the government is perceived to be less proactive than it could be, she said.

At the global COP26 climate conference last year, the Australian government didn’t budge beyond its previous 2030 emissions reduction target of 26%-28% below 2005 levels—adopted at the Paris conference in 2015.

These targets are well below many other industrialized nations. The U.S., for example, has committed to reductions of between 50% and 52%, and Britain has pledged to cut emissions by 68% below 1990 levels.

One Lawyer Makes a Difference

Fast courts and a slow-moving government may have contributed to Australia’s prominence in the world of climate litigation. But much of the country’s stature in the field is due to one man, lawyers say.

David Barnden, a principal lawyer of the firm Equity Generation Lawyers, is behind some of the most high-profile climate litigation. In 2018, he represented 25-year-old pension fund member Mark McVeigh in an action against the Rest superannuation fund, arguing the fund violated company law by failing to provide information related to climate change business risks and any plans to address those risks.

In a move that may prove precedent-setting, the A$57 billion ($43 billion) fund settled the case in 2020, with Rest agreeing to align its portfolio to net zero by 2050. It has also said it will monitor and report outcomes on its climate-related progress and encourage its investee companies to disclose climate-related risk, in line with recommendations made by the global Task Force on Climate-Related Financial Disclosures (TCFD). Those recommendations encourage publicly listed companies and large asset owners to be more transparent about climate-related risks facing their businesses.

Barnden, who did not respond to requests for comment for this article, is also acting for Guy and Kim Abrahams, shareholders in the Commonwealth Bank of Australia. They are seeking disclosure of documents from the bank to see whether its lending practices are in accordance with the Paris Agreement on climate change and if it is carrying out an assessment of the environmental, social and economic impacts of several fossil fuel projects. The case is funded by the Grata Fund, which describes itself as Australia’s only specialist nonprofit strategic litigation incubator and fund.

And in a case that observers say has global significance, Barnden and his firm are running a class action against Australia’s federal government, alleging that it hasn’t disclosed the impact of climate change on the value of government bonds. That case is also funded by Grata.

“That’s being watched quite closely because it could have broader implications than just government-backed bonds. It could have implications for other bonds or financial products that are issued more broadly on financial markets,” de Wit said.

In a 2020 interview with The Guardian, Barnden said he does not believe litigation is the answer to climate change because, without political action, judges can only do so much. But he does think it can make a difference.

“It is one of the tools available to people in making change,” he said. “As a nation, we are starting to wake up to how exposed we are to the risks of climate change. The law will respond to that.”

Barnden’s firm also handled a prominent class action brought by eight high school students, led by 17-year-old Anjali Sharma, against Susan Ley, the minister for the environment. The plaintiffs argued that Ley has a duty to avoid causing future harm related to the carbon emissions that would result from the approval of a proposed Vickery Extension Project coal mine extension in New South Wales.

In a landmark ruling, the Federal Court of Australia agreed, finding that the minister has a duty of care to avoid causing injury to young people while exercising her powers to approve a new coal project. However, that decision was overturned on appeal earlier this month.

That latest decision might limit the ability to bring claims about novel duties of care. So climate litigants are likely to pursue other avenues for strategic litigation, such as claims of greenwashing, where companies or investors claim their products or investments are more environmentally friendly than they are, said Mark Smyth, a regulatory disputes partner at Herbert Smith Freehills.

These sorts of class actions are generally run by nongovernmental organizations or environmental activist groups and funded via crowdfunding, large donors, charities or nonprofits, and in some cases, by litigation funders. Lawyers and counsel also sometimes work on a pro bono or conditional-fee basis.

The Australian economy’s heavy reliance on energy and resources makes it a target for climate litigation. The public and investors are also demanding more ambitious climate-related commitments from those companies and focusing on accountability for those commitments, Smyth said.

Additionally, Australia’s class action regime is favorable, as it has a sophisticated and mature market of plaintiff law firms and funders, he added.

HSF’s clients, Smyth said, are concerned with ensuring their climate commitments are accurate and reflect a strong ambition on energy transition and climate change.

“We’re also seeing a lot of advice in relation to litigation exposure around what should directors be doing to discharge their duties in this space around climate change, and what steps should be taken to seek to mitigate risks of litigation, including greenwashing claims,” he said.

De Wit said Norton Rose Fulbright hasn’t been involved in defending any climate change litigation but said the firm is advising clients on the outcome of these cases.

“A lot of our clients are keeping a very close [eye,] watching brief on new trends in litigation and obviously the outcomes from some of these cases,” she said.

She also expects the strategic litigation to continue in Australia as long as the government fails to be proactive on climate change.

“If we continue to get results coming out of this strategic litigation—even if it’s not the first time around or even if the case is unsuccessful—if it does lead to a change in policy, I think there is enough momentum,” she said.