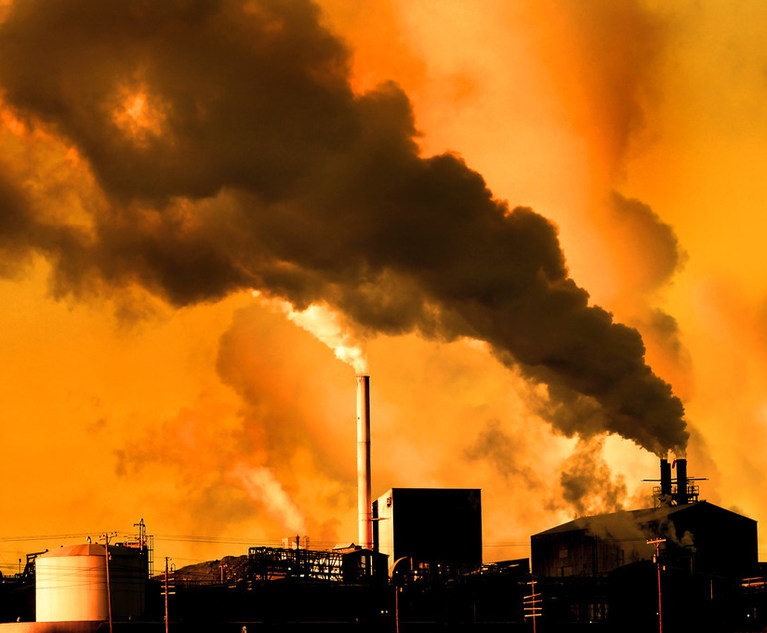 When the Netherlands’ highest court upheld a lower judgment compelling the Dutch government to take stronger action to curb climate change in 2019, it seemed like a new dawn for climate action. To heed the judge’s order requiring the government to slash the country’s greenhouse gas emissions by 25% compared to 1990 levels, Dutch officials adopted a law that would phase out the burning of coal for electricity generation by 2030.

But in February of 2021, Europe’s largest carbon emitter, RWE, filed a €1.4 billion arbitration claim against the Dutch government over the lack of compensation provided under the phaseout bill for the closure of the German energy giant’s local power plant. In April, Uniper, another large German energy company, filed a similar claim, seeking €2.6 billion in compensation.

The two companies filed these legal challenges under an international investment treaty agreement that NGOs have alternatively referred to as “the ecocide treaty,” “the world’s most dangerous investment agreement” and “the biggest climate action killer nobody has ever heard of.”

Signed in the 1990s against the backdrop of the Soviet Union’s collapse, the Energy Charter Treaty aimed to liberalize investments and trade in energy by providing a framework for trade and investment in the sector. The treaty, which was spearheaded by the then-Dutch government, gives investors the right to sue governments that fail to treat existing investments in “a fair and equitable manner” for compensation under an international investor-state dispute settlement mechanism.

The treaty was signed by 53 countries and is agnostic in its protection of energy investments—it does not differentiate between investments in fossil-fuel-based energy projects and renewables—and most disputes until now have related to renewable energy investments. In the last four years, however, a number of oil, coal and gas investors have latched on to the treaty to recoup investment losses suffered as a result of governments’ plans to curb greenhouse gas emissions in the fight against the climate crisis.

In addition to the two German companies, the U.K. oil company Rockhopper Exploration has brought a $300 million arbitration claim against Italy over a ban on new oil and gas operations near the country’s coast, while the British Ascent Resources is suing Slovenia for a reported €120 million over changes to the country’s fracking rules.

It is impossible to know how many claims oil, gas and coal companies have brought against EU countries, as the arbitrations can be kept confidential. Investigate Europe, a consortium of investigative journalists, has estimated the value of existing fossil fuel infrastructure protected by the treaty in EU countries, the U.K. and Switzerland at €345 billion.

“The potential for future litigation is essentially massive globally as far as the ECT is concerned,” said Matteo Fermeglia, an assistant professor in environmental law at the University of Hasselt in Belgium, referring to the treaty by its acronym.

This could lead to a scenario where EU countries find themselves squeezed from two sides—with more and more court judgments holding them liable for climate inaction, while at the same time facing the real possibility that they will be sued by coal, oil and gas companies if they do what judges are asking them to.

Lawyers interviewed by Law.com International were divided on the threat the treaty poses to the fight to curb global warming and how successful filed claims are likely to be.

Clémentine Baldon, a partner at the French firm Baldon Avocats and one of the lawyers behind a key French climate case, recently filed a lawsuit against 12 European countries on behalf of five young people before the Strasbourg-based European Court of Human Rights, arguing that the treaty violates their human rights.

The treaty is “a great obstacle for the energy transition and for states’ margin to be able to adopt the really radical policy that is required to get away from fossil fuels in particular,” Baldon told Law.com International. “This is a threat for countries, even rich countries,” she noted, adding that the threat for developing countries was even bigger.

Given that the average cost for governments to defend themselves against a claim under the treaty is €8 million euros, the price tag for the transition to clean energy required to curb global warming will cost taxpayers much more if the increase in claims from oil, gas and coal investors continues, Baldon said.

But according to Richard Power, a partner at the U.K. top 50 firm Clyde & Co, the threat the treaty poses to governments’ ability to combat climate change has been overstated. He told Law.com International that companies would need to prove that a government’s climate measures amounted to the expropriation of their investments or breached a “fair and equitable standard.” To do that, they would need to demonstrate that they had a “reasonable and legitimate expectation” of legislative and regulatory stability for the lifetime of their investment, he said.

“I think that [expectation] is very difficult to establish ever since the Paris accord was signed, and signatory states to that said, in public, ‘We’re taking steps to phase out fossil fuels,’” he said, adding that the success of future claims was not guaranteed. “There are ways that you can legislate to end fossil fuel use that don’t breach the fair and equitable standard.”

This was echoed by Fermeglia, who noted that coal companies that invested in the Netherlands prior to the landmark 2019 decision could not have anticipated the government’s decision to phase out coal. Seeing the host state sued under the Energy Charter Treaty “is precisely the scenario we want to avoid,” he said. “Because what you do here is—you give investors some representations about what the future will look like and then you change the picture quite suddenly.”

The mere threat of an arbitration claim under the treaty has already prompted some governments to roll back their original plans, a process known as “regulatory chill,”

When France announced plans to end fossil fuel extraction by 2040, Canadian oil and gas company Vermilion, through its law firm Piwnica et Molinié, warned the country’s Council of State, which is tasked with reviewing the law, that the proposed measures violated the commitments it had made under the Energy Charter Treaty. The law was subsequently weakened by the French government.

According to a report put together by Baldon Avocats, the Danish and Dutch governments have both acknowledged that the threat of legal action caused them to set lower climate action targets, while Slovenia weakened fracking rules after Ascent Resources filed its claim under the treaty.

In Germany, officials agreed to pay €2.5 billion in compensation to Swedish energy giant Vattenfall and a number of other energy companies, with those companies, in turn, agreeing to drop their claims under the treaty.

“The mere threat of lawsuits under the ECT makes [government officials] water down their policy,” Baldon said.

RWE told Law.com International that it launched its arbitration case under the Energy Charter Treaty because the Dutch government’s coal phaseout law requires it to close its local coal-fired power plant, which went into operation in 2015, without providing any compensation. The company invested €3 billion in the plant and built it at the invitation of the Dutch government, which appealed to other countries to join the Energy Charter Treaty as recently as 2015.

“We know how important sustainability is and we also know that this is not an easy task,” said Adriaan van der Maarel, RWE’s senior adviser for public affairs and corporate responsibility. “But we do not have to, and cannot accept the encroachment on our property without compensation.”

Asked whether the company was worried about ESG investors dropping or deciding not to invest in the company as a result of the claim, van der Maarel said: “We see no sign of that. We hope investors see that we are using legal means to protect our investments.”

A PR firm for Rockhopper declined to comment, citing the ongoing arbitration proceedings. A PR firm for Ascent Resources declined to answer Law.com International’s questions, instead referring to a May 2022 update in which CEO Andrew Dennan said the company was seeking “redress for shareholders after many years of frustration, arbitrary decision-making against the company’s investment and delays being imposed” on its fracking project in Slovenia.

The German government last week agreed to bail out Uniper, which has been in financial trouble since Russian supply cuts, with a €15 billion rescue deal. In exchange, the gas company will have to drop its arbitration claim. Uniper did not respond to requests for comment.

Several legal and political processes that may limit the impact of arbitration claims under the treaty in the European Union are underway. In addition to the lawsuit before the European Court of Human Rights, the Luxembourg-based Court of Justice of the European Union recently ruled that intra-EU investor-state dispute settlement cases under the Energy Charter Treaty violate EU law, and that they should be brought under the realm of national courts and the European Court of Justice. It is not yet clear how this ruling will impact future litigation from EU-based coal, oil and gas companies against EU countries, Fermeglia said.

In June, after a years-long negotiation process, signatories to the treaty arrived at an agreement in principle to modernize and carve out fossil fuel investments from the agreement after August 2023 and to remove protection from existing fossil fuel investments 10 years from when the reforms take effect. The proposed reforms would also make the treaty compliant with the recent European Court of Justice judgment, Power said. The next step is for the countries to formally adopt the modernization agreement during a final round of negotiations in November.

Until that happens, more cases may be filed, Fermeglia said, warning that companies might launch several arbitration proceedings in the short term—before the reforms enter into effect.

If the reform efforts collapse, EU countries could still leave the treaty—a move made by both Russia and Italy after each was ordered to pay out large compensation awards.

Even then, EU countries might still be vulnerable to claims for a while to come. The treaty contains a sunset clause that allows investors to bring claims related to existing investments for another 20 years after a country has withdrawn from the treaty.