‘A Real Trailblazer’: Tributes Pour in For Skadden’s Scott Simpson 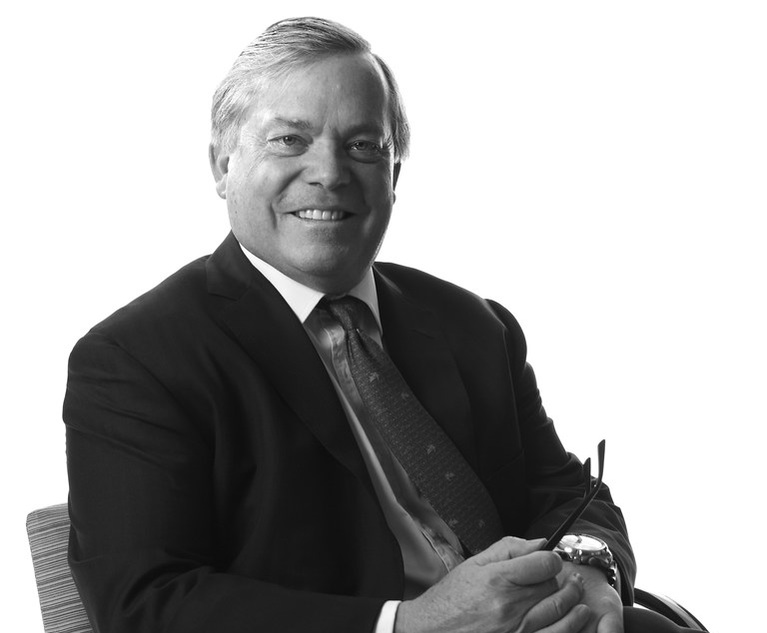 Tributes have begun pouring in from around the U.K.’s elite legal community for Scott Simpson, the Skadden, Arps, Slate Meagher & Flom partner, who died suddenly, aged 65.

Lorenzo Corte, Skadden’s co-head of London M&A, and also a close friend and protégé of Scott’s, said: “Scott was an extraordinary mentor and friend for my entire career. I feel fortunate to have had the privilege of working and spending countless hours with him.

Marco Compagnoni, a private equity partner at Weil Gotshall & Manges, said: “I saw Scott only a few days ago at a small dinner – he was his usual self – full of life and energy, with a twinkle in his eye.

“He was a genuine heavyweight in the M&A arena, and a real trailblazer in getting the U.S. law firms accepted as major players in European transactions. Working with him on a deal was always a memorable experience. Few have the drive, energy and real client focus which he brought to everything he did. He was never one to get bogged down in irrelevant detail, which was one of the many reasons his clients valued and respected him so much.”

Guy Norman, Clifford Chance’s global practice area leader for corporate, said: “I worked with Scott on a number of deals over the years, and he in my view combined all the skills of a great lawyer – he was commercially focused, technically excellent and, whilst tough on occasion, was a very decent guy to deal with. It is both shocking and sad to lose him at such a young age – he had much more fuel left in his tank.”

Pranav Trivedi, Skadden’s London head, said: “Scott was a transformational deal lawyer like no other. He practically wrote the rule book for defending hostile bids, inventing tactics such as regulatory arbitrage and the use of the ‘Stichting’. Throughout his career, he never lost sight of what was most important, and was first and foremost a husband and a father. Clients and colleagues have lost not only a brilliant lawyer, but the best friend you could hope for.”

Charles Martin, former senior partner of Macfarlanes, said: “Scott was an exceptional lawyer and person. He led Skadden’s London office to an important place in a really tough market: a team player and example to all.

“He was always there for his clients: a deal list second to none and clients who became true friends over the years. As a lawyer he prided himself on being ready with an idea and up for collaboration: he pioneered the use of the Stichting as a deal tool.

“But above all Scott was a family man and a generous thoughtful friend. He was a totally devoted father and he and Kathleen were the life and soul of any party. He loved his surfing. The wave broke far too soon.”

Bruce Embley, Skadden London M&A partner, said: “The word legend is used far too frequently but Scott was, on any scale, an M&A legend.  He was also the most fabulous colleague and friend you could hope to have.  He will be sorely missed, but leaves behind an incredible legacy.”

Charlie Geffen, a retired partner at Gibson Dunn & Crutcher, said: “Scott and Michael Hatchard were a formidable combination in showing the way for the growth of U.S. firms in London. A true innovator who helped reshape the market in London.”

Christopher Saul, Slaughter and May’s former senior partner, said: “I was shocked and immensely saddened to hear of the sudden passing of Scott Simpson.

“Scott was one of life’s enthusiasts. He was a genuinely innovative legal thinker and had an insatiable interest in the business world. He was ambitious for Skadden but always collegiate and fun to be around. I had breakfast with him recently and, as ever, came away uplifted.”

Chris Hale, former senior partner at Travers Smith, said: “Scott was the doyen of M&A lawyers in London. He will be hugely missed not just by his colleagues at Skadden but by a large number of lawyers at other firms who knew him and dealt with him over his long career. He was firm but fair, a master of his craft and a pleasure to have on the other side.”

Charlie Jacobs, former senior partner of Linklaters, said: “Scott was entirely client focused and a great networker. We met 25 years ago on a deal. A class act and we remained close ever since. My thoughts are with his family and friends.”