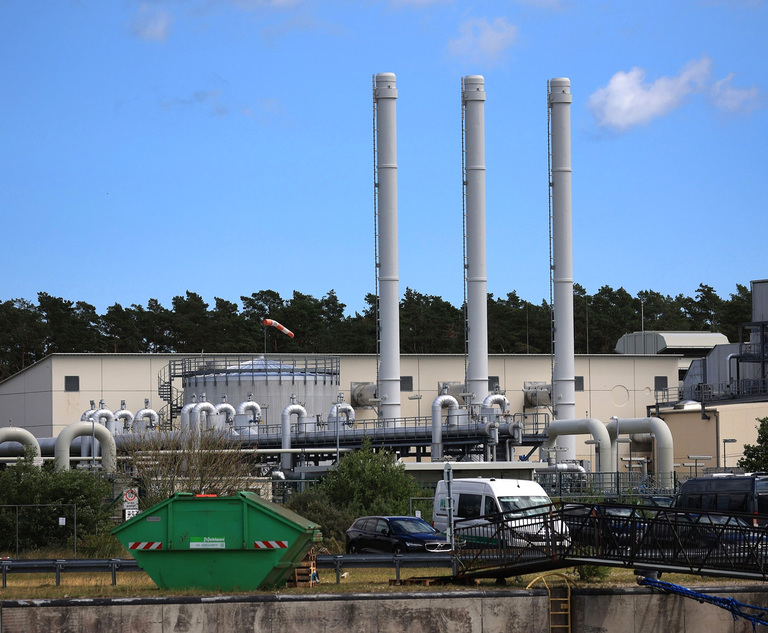 A Toronto law firm is seeking judicial review of the Canadian government’s controversial decision to grant a special export permit allowing Siemens Canada to send back to Germany repaired turbines for use by the Nord Stream 1 pipeline, which is majority owned by Russian state energy company Gazprom.

The Federal Court application argues that issuing the permit is contrary to Canada’s sanctions regime imposed after Russia invaded Ukraine. The judicial review application filed by lawyers Monique Jilesen, Katelyn Leonard, and Scott Rollwagen of litigation boutique Lenczner Slaght is on behalf of the Ukrainian World Congress, an international nongovernmental organization representing the interests of Ukrainians worldwide, and Daniel Bilak, a Canadian citizen and resident of Ukraine.

The judicial review application requests a declaration that the decision to provide a permit to Siemens was unreasonable and unauthorized, and asks for an order quashing the permit.

“We are hopeful that the court will agree that all sanctions that have been imposed by Canada on Russia should be upheld without exception and that we should not allow this to set a precedent for the waiver of economic sanctions against Russia by Canada or other Western countries,” Jilesen said.

At the behest of Germany, Canada’s Minister of Natural Resources Jonathan Wilkinson announced on July 9 that the government would allow turbines from Nord Stream 1, which had been stuck in Montreal after repairs, to be returned. Nord Stream 1 supplies natural gas from Russia to Germany.

He said Siemens Canada would be granted a “time-limited and revocable permit” to return the equipment to Germany. The Canadian newspaper The Globe and Mail reported that the permit is actually for two years and would allow Nord Stream 1 to send additional turbines to Montreal for repair and maintenance.

The Ukrainian government swiftly responded to the decision, saying in a statement, “This dangerous precedent violates international solidarity, goes against the principle of the rule of law and will have only one consequence: it will strengthen Moscow’s sense of impunity.”

“Canada’s decision to break sanctions and send the Siemens’ turbine back to Russia is a grave mistake with dire consequences,” Paul Grod of the Ukrainian World Congress said in a statement. “This exemption to the sanctions regime against Russia is totally unacceptable.”

Canada has one of the largest Ukrainian diasporas in the world, with almost 1.4 million Canadians who identify as Ukrainian, according to the Ukrainian Canadian Congress. That group also expressed its disappointment in the decision.

“Canada will not only contravene its policy of isolating Russia, it will set a dangerous precedent that will lead to the weakening of the sanctions regime imposed on Russia,” the group’s president, Alexandra Chyczij, who is also a lawyer, said in a statement.

A hearing date has not yet been set. Jilesen told Law.com International they are seeking an expedited hearing and case management. “We will be delivering evidence in support of the application within the next 30 days and will ask for a date for a hearing.”