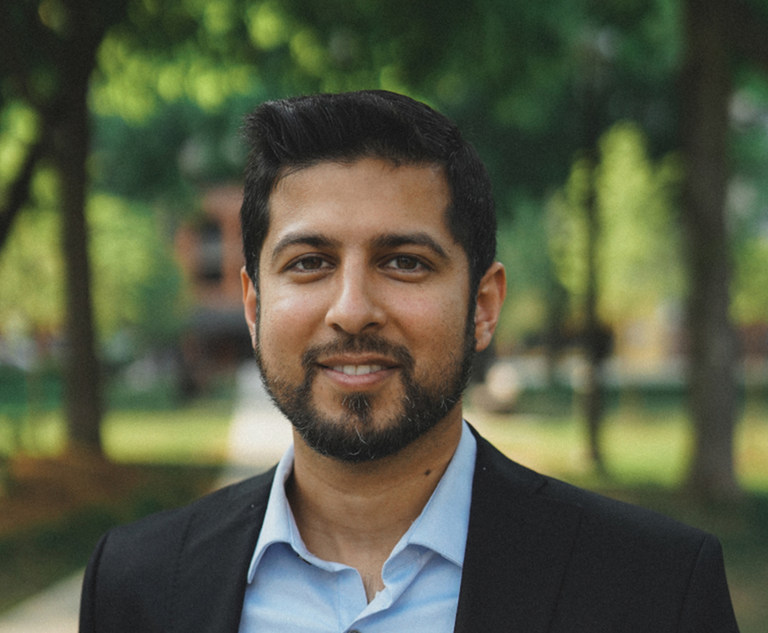 A Toronto man who was convicted of participating in a failed terrorist plot to set off a series of bombs in 2007 has been given the green light to practice law by a Law Society of Ontario tribunal.

Saad Gaya, now 34, was 18 when he was arrested in 2006. He spent almost 10 years in prison, including five in maximum security. But after a three-day “good character” hearing earlier this month where he was supported by an “impressive list of witnesses,” the three-lawyer panel said he was fit to become a lawyer.

“We have no doubt about Mr. Gaya’s good character today,” wrote Law Society Tribunal Chair Malcolm Mercer in the preliminary reasons provided by the panel for declaring him fit to become a lawyer. “His insight, remorse and acceptance of responsibility are clear from his testimony and from his actions—from what he has overcome and accomplished.”

Gaya is a “remarkable young man” with an “enduring desire to make amends for his mistakes,” said Kayla Theeuwen, a partner at WeirFoulds who represented him at the good character hearing. “As the Law Society noted in the preliminary reasons for its decision, allowing Saad to become a lawyer ‘gives meaning to true correction and rehabilitation,’” she said.

In 2006, Gaya was a university student recruited by jihadist Zakaria Amara, who was planning to bomb the Toronto Stock Exchange, the Canadian Security Intelligence Service’s Toronto office and a military base, in an effort to convince Canada to pull its troops out of Afghanistan. Over the next few months, Gaya became increasingly radicalized. The bomb plot was foiled by police, who arrested Gaya and others, called the Toronto 18, before it could be carried out.

Gaya pleaded guilty to terrorism in 2009 and was sentenced to 12 years in prison. His sentence was increased to 18 years on appeal. He was released on parole halfway through his sentence.

Gaya made the most of his situation while in prison, according to the preliminary reasons provided by the panel for its decision. He successfully attended university by correspondence; worked with religious teachers and scholars on deradicalizing and finding a new understanding of his faith; assisted law enforcement in addressing religious extremism and radicalization; and completed his university degree.

After prison, he got a law degree at Osgoode Hall Law School in Toronto, one of Canada’s top law schools.

“Gaya’s conduct since 2006 has been extraordinary in the circumstances,” wrote Mercer, adding he “made terrible mistakes” but his “long and hard journey back deserves recognition.”

In order to be called to the bar in Ontario and other jurisdictions in Canada, candidates must be of “good character.” Anyone with a criminal history could be subject to a good character investigation and hearing before they are approved for a law license.

“It is tremendously meaningful for me to have the Law Society Tribunal review the extensive information available from the last 16 years and conclude that at the end of this lengthy journey, my ‘insight, dedication and resilience’ will well serve the administration of justice,” Gaya said in a statement to Law.com International.

“I look forward to making a positive contribution to the profession and serving the public through the practice of law.”

He said he was “forever grateful” to those who backed him along the way, including supporters at his hearing: Inspector Marwan Zogheib, a Royal Canadian Mounted Police officer who was part of the team that foiled the terrorist plot; a number of law school professors; his parole officer Joe Brathwaite; three imams, including Ramzy Ajem, known for his work rehabilitating extremists; and his wife Saba Khan, a Toronto-area employment lawyer.

Since 2020, Gaya has been an articling student (trainee) at a small litigation boutique. Partner Alexi Wood testified at the hearing and told Law.com International Gaya “has been an integral, well respected and valued member of the St. Lawrence Barristers team. We look forward to working with him in this next phase of his career.”

She said both clients and the profession “will benefit from his thoughtfulness, insight and compassion.”

Gaya said he has completed the bar exams but is not sure when he will be called to the bar.

At his good character hearing, Gaya called the plot “disgusting,” and a “terrible crime” for a “misguided cause,” according to the Canadian newspaper the National Post.

“I have to live with that guilt and shame,” he told the hearing panel, according to the newspaper account.

Two other convicted terrorists have applied to become lawyers in Ontario. In 2010, Parminder Singh Saini, a Sikh militant who hijacked an Air India plane in 1984, was denied at his good character hearing.

But a law society panel in 2020 found that former Tamil Tiger Suresh Sriskandarajah, who was sentenced to two years in prison in the U.S. in 2013 for providing material support to a foreign terrorist organization, had shown “overwhelming” remorse and ruled him to be of good character. He is now a sole practitioner. practicing technology and business law in suburban Toronto.