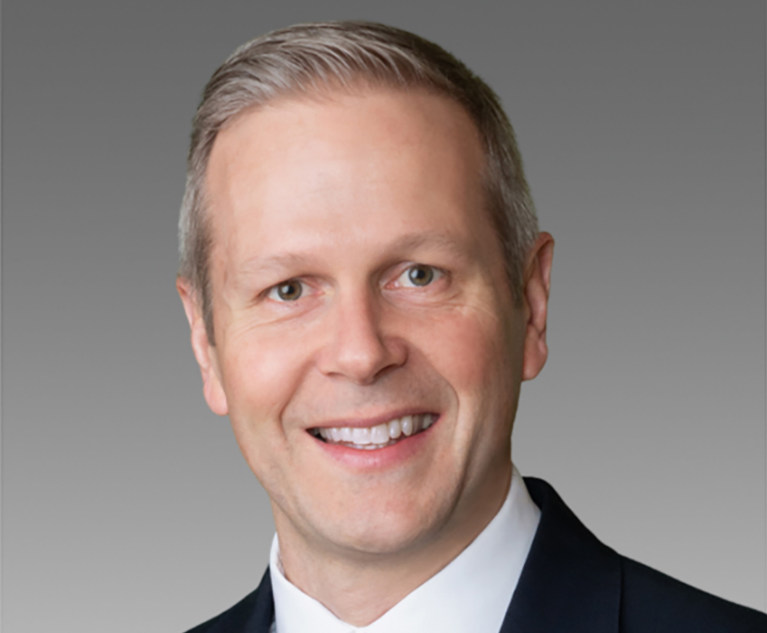 In one of the largest lateral team moves of the past 20 years, outside a law firm merger, 43 lawyers are transplanting their restructuring practice from Stroock & Stroock & Lavan to Paul Hastings.

The team, which comprises 18 partners and 25 associates and counsel in total, brings Paul Hastings’ restructuring group head count to 65, according to the firm.

An initial group of 11 partners arrives next week, with another seven partners and the associates and counsel due to join in early April.

All the new arrivals will be based in New York except Merola, who is located in Los Angeles.

Paul Hastings chair-elect Frank Lopez said he sees the move as “one of those unicorn situations that happens once in a decade in the legal market.”

“It is an elite team of restructuring special situations lawyers coming together with the great foundation we already have in restructuring,” said Lopez, noting that while the combination of the teams would be “incredible in any market,” the timing seemed particularly good as macroeconomic indicators—such as rising interest rates, inflation and geopolitical turmoil—point to a climate that could lead to “distress.”

Hansen’s team, which has worked together for over a decade, made it one of their “foundational goals” when they set up in 2007 to develop a “client-specific” practice that would be relevant no matter the economic cycle.

“Traditional restructuring practices are generally very cyclical. If the economy’s bad, they’re very busy and when the economy’s great, they generally tend to be slower. We decided to represent the fund community, offering distressed investing in alternative assets alongside our clients—helping them achieve their goals as they raise capital and generate returns in a good and bad economy,” he said. “We wanted to build out a platform that would enable us to service our clients with true experts—not only in core bankruptcy and restructuring areas, but also distressed investing, distressed M&A, special situations lending, specialty credit and restructuring-related litigation.”

Hansen said the group move was prompted by a desire to link up with a firm renowned for key financial services practice areas with which his team could coordinate and leverage both expertise and client relationships.

“What was so attractive for us about Paul Hastings was their absolute powerhouse reputation in areas such as specialty lending, structured products, private equity and other important financial services areas. From a marketplace perspective, being able to link up with a team with their level of eliteness is really exciting—and we think it will be groundbreaking,” said Hansen, noting that Paul Hastings already had a “robust” restructuring practice with a significant presence in key restricting areas like official committees and debtor-side clients, as well as a global footprint reaching the U.K., France, Germany and Latin and South America. “From day one, we are going to be literally the number one or two practice in the creditor side of the restructuring market, and then grow from there.”

Current Paul Hastings chair Seth Zachary called Hansen’s team’s addition a “huge plus” for the firm as it “continues to help us penetrate global financial institutions, banks, alternative lenders—not just in a counter-cyclical way, but in the way [that these clients] do business in a global economy and with the new ways of lending and the movement of capital that characterizes the evolving economy.”

According to Lopez, the “really interesting” part of the deal concerns the synergies between Paul Hastings’ foundation—“as one of the strongest finance firms in the world”—and Hansen’s team’s restructuring proposition.

“We literally have thousands of deals in our portfolio where we represented lenders and credit funds, and everything on the lender side and creditor side finance,” said Lopez, adding that Hansen’s team will benefit from that exposure in a way it has not on past platforms. “They’re going to plug into a firm that has an incredible amount of organic demand pent up in our existing client base, that we believe can be exponential for their platform, and for our firm.”

Until the Stroock defection, according to press reports, the largest lateral team move of the past two decades is thought to be around 30 lawyers from DLA Piper to McDermott Will & Emery in March 2018. That move—which included three practice group leaders—was initially expected to be around 50 lawyers, and included multiple teams from DLA Piper’s real estate finance, employment, and litigation practices.

The second-largest team move of the last 20 years was also in 2018 and also involved McDermott. In August, 16 McDermott partners and 14 other lawyers and patent professionals moved to Morgan, Lewis & Bockius.

In terms of the next-largest single practice moves, a 12-person corporate banking team moved from White & Case in the U.K. and E.U. to Latham & Watkins in February 2010, and in April 2013 an 11-person securities enforcement team moved from Bingham McCutchen to Sidley Austin—a year before Bingham McCutchen’s collapse, when several hundred lawyers from multiple practice areas moved en masse to Morgan Lewis.

However, another deal of a slightly different nature eclipses all other lateral deals of the past 20 years. In February of 2016 Blank Rome acquired over 100 lawyers from Dickstein Shapiro—a D.C.-based firm that shuttered soon after. That deal was framed as a lateral acquisition but also had the effect of bringing almost all of Dickstein’s last remaining lawyers to Blank Rome in a deal between the two firms. In that agreement, Blank Rome took over Dickstein Shapiro’s Washington lease and moved from the Watergate complex to the International Square building that formerly bore Dickstein’s name. At the time, the move nearly tripled Blank Rome’s Washington presence.

According to Stroock, prior to Hansen’s team departing, the firm had a total lawyer head count of 253. The decampment of 43 lawyers represents around a 17% reduction in head count for the Am Law 200 firm.

“The sky’s the limit for them because those practices are growing and thriving at the firm,” he said. “They’ve also got a great and growing footprint in LA, Miami, D.C. and New York, and they have been an absolutely wonderful firm to work for and be part of for the last 28 years.”

Stroock co-chair Jeff Keitelman said Stroock has been “on the upswing” for the past few years and committed to its “midsize approach.”

“We’re not trying to be all things to all clients, and we believe we punch above our weight in the areas where we excel,” said Keitelman, noting the firm is implementing its second five-year strategic plan and investing in the growth of its corporate business, including corporate litigation, regulatory and real estate. “We’re investing in those groups and moving forward with great energy and strength, adding lateral partners at a steady clip.”

More than 20 lateral partners have joined the firm in the last 18 months, most recently including experienced sanctions lawyer Thomas Firestone. The firm has also recently beefed up its intellectual property, tax, white-collar and government investigations offerings.

Keitelman said Stroock continues to offer bankruptcy services and “plan to add to it.”

“Obviously we’re personally sad to see the group go. They are a talented and accomplished team who’ve made solid contributions to our firm over many years,” said Keitelman, noting Hansen was a summer associate at the firm. “We understand that they want a larger platform and all that goes with it. This is simply an instance of interests diverging. It’s a respectful and congenial parting of the ways, and we wish them well.”

Patrick Smith contributed to this report.