Thanks to US Government Regulators, Law Firms See Increasing Business in ESG 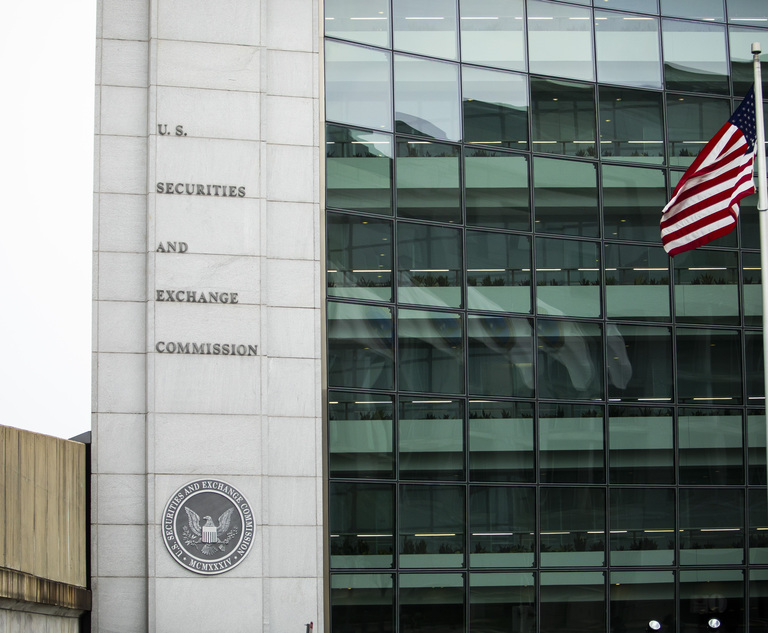 As the U.S. government moves closer to regulations requiring climate disclosures, large law firms are staffing up on ESG lawyers and are already seeing more business from corporate clients rattled by the potential changes.

The Securities and Exchange Commission in March proposed rules requiring climate-related disclosures in registration statements and periodic reports, although the climate disclosure rule had been on the SEC’s agenda for two years.

Asset managers, the fossil fuel industry and others are mounting opposition to the disclosure as they prepare for the changes, which is driving more demand for law firm ESG and corporate practices.

Even as some disclosures may change in the face of such opposition, Greenberg Traurig U.S. corporate governance practice leader Frank Placenti said disclosure proposals are likely to pass along a 3-2 party-line vote of SEC commissioners.

The vote is expected to come down by the end of the year, as the effective date is December 2022.

“Clients are very concerned about the proliferation of alternative ESG standards because numerous entities already issue their own standards without much collaboration,” Placenti said in an interview. “It’s really difficult for clients to sort this out on their own, so they’re increasingly looking to law firms not simply to bring legal talent to the table, but also to have a Rolodex of the right consultants to bring to the table on behalf of clients as well.”

“This is potentially a big lift even for companies that have been reporting on climate to make sure they’re compliant,” said Noeth. “And for companies where this hasn’t been the top-level priority of all of their ESG work, this has been raised to that level.”

The present feels like a watershed moment in the prominence of ESG, Noeth said. It’s also a time of uncommon law firm and in-house lateral movement in her practice—Noeth herself joined Mintz from Paul, Weiss, Rifkind, Wharton & Garrison earlier this month.

Although the SEC exempts “smaller reporting companies”—those with a public float under $250 million, or less than $100 million in annual revenue and a public float under $700 million—ESG lawyers said the reporting process will be particularly costly for small public companies that fall outside the exemption and don’t have the same ESG infrastructure as large public corporations.

The proposal contains new disclosure requirements on how companies govern climate-related risks, climate risk-management processes, and the current and potential impact of climate-related events on a company’s business model and finances.

Opposition was swift from large corporations and asset managers, particularly among companies whose climate disclosure obligations would increase dramatically as a result of the proposed rules.

The commission extended its initial 60-day comments window after receiving over 14,000 comment letters (most of them form letters). Still, BlackRock, the world’s largest asset manager, wrote in to say that the proposal would raise compliance costs and obscure investors’ ability to determine the most significant information for a company’s bottom line, an argument adopted by many of its contemporaries.

The proposal leaves it up to companies to determine whether they must report Scope 3 emissions, a preliminary analysis that ESG consultants have called “very costly” for some.

The fossil fuel industry generally opposes Scope 3 emissions disclosures because the vast majority of its emissions—90% or more, according to a Morningstar analyst—come from consumers’ use of its products rather than extraction, refining and distribution. Whereas those emissions weren’t covered by Scopes 1 and 2, Scope 3 would force the companies to calculate and disclose the environmental impact of its products after they’re purchased by global energy consumers.

Companies with complex global supply chains such as apparel brands and manufacturers also tend to oppose Scope 3 disclosures because their emissions are generally higher and harder to measure.